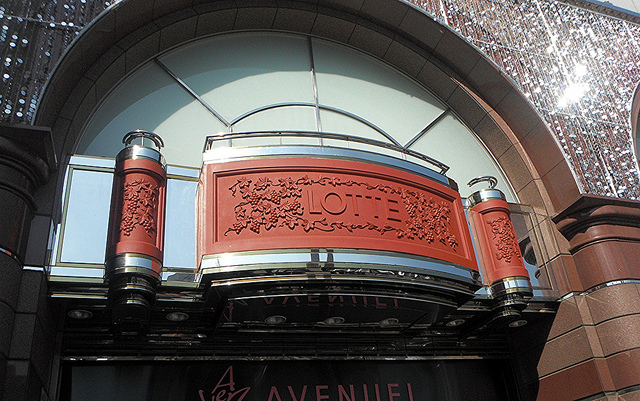 Under the deal, the country’s biggest duty-free operator will be relocating its store in the southern Jeju district of Seogwipo. (image: Kai Yan, Joseph Wong/flickr)

SEOUL, Feb. 28 (Korea Bizwire) — Hotel Lotte won the operational right for a downtown duty-free shop in Jeju, officials said Friday, a move that is anticipated to bolster the company’s footing against its rival in the South Korean resort island’s ballooning duty-free market.

Hotel Lotte, among the three applicants including smaller rival Hotel Shilla and builder Booyoung Group that submitted competing bids, will operate one of the island’s two downtown duty-free facilities for foreigners for five years, according to company officials.

Under the deal, the country’s biggest duty-free operator will be relocating its store in the southern Jeju district of Seogwipo to the island’s city center where demand for duty-free shopping has been surging due to Chinese cruise travelers.

The win marks another victory for Hotel Lotte. Earlier this month, it won the bid to run stores at the Incheon International Airport, earning the right to open stores in four zones, followed by Hotel Shilla with three and Shinsegae Chosun Hotel with one.

The Jeju bid has drawn keen industry and media attention as a lucrative springboard for the winner to take hold of the southern island’s estimated 1 trillion won (US$910 million) and growing duty-free business.

Government data show that more than 1 million foreign tourists have visited the resort island this year, with Chinese visitors, who have proven to be zealous shoppers, accounting for nearly 90 percent of the total.

The bid, organized by the Korea Customs Service, was based on the evaluation of proposals by the three companies and did not consider bidding price as a deciding factor.