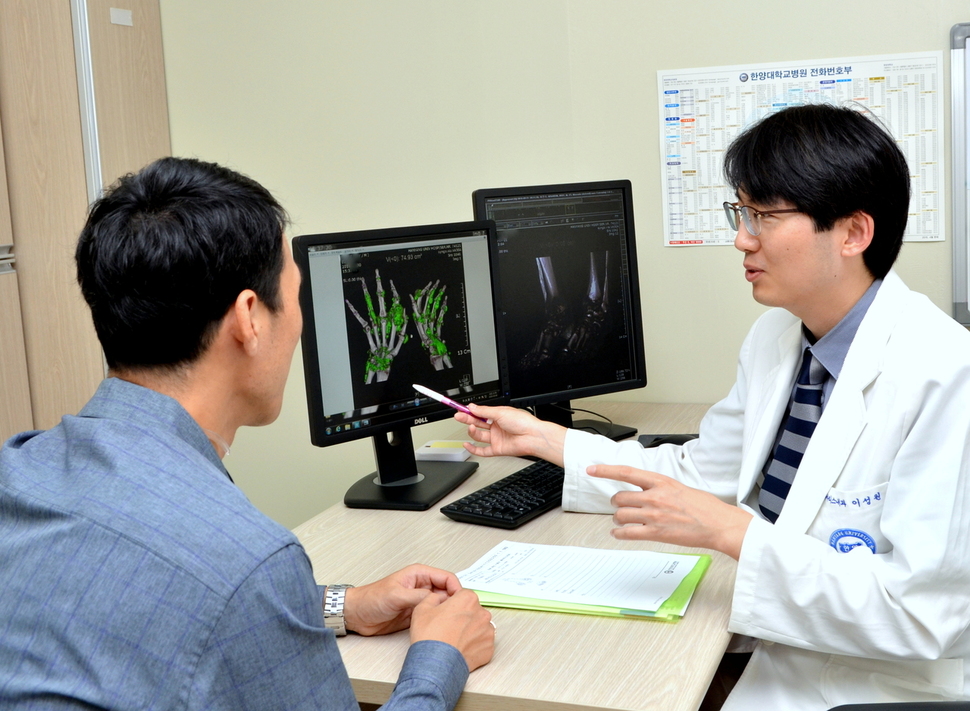 SEOUL, Mar. 23 (Korea Bizwire) — A group of South Korean scientists developed a new type of gold nano-sized materials to treat hyperuricemia, the science ministry said Wednesday, opening a new gateway for the treatment of diseases such as gout.

The team led by Kwon In-chan of the Gwangju Institute of Science and Technology discovered that catalase-mimic gold nanoparticle nanozyme (AuNP) can effectively treat hyperuricemia without side effects, the Ministry of Science, ICT and Future Planning said.

“Because of the great biocompatibility of PVP-coated gold nanoparticle nanozymes, the UOX-AuNP nanozyme cascade systems have great potential for the treatment of TLS and gout,” the researchers said in a paper. TLS stands for tumor lysis syndrome.

The research was funded by the science ministry and the findings were published in the latest edition of the journal “Scientific Reports.”