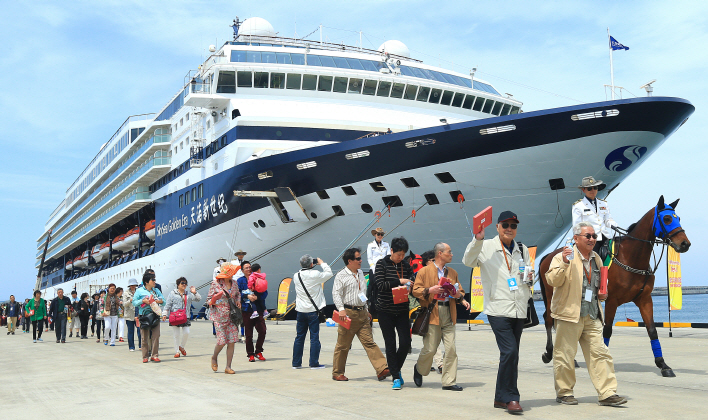 JEJU, Mar. 1 (Korea Bizwire) — The Queen Mary 2, a luxury cruise ship carrying 2,400 passengers, will be docking at Jeju Naval Base on March 2.

Many are curious as to how passengers, many of whom are Americans and Europeans, would be able to access a South Korean naval base.

The base, built in 2013, has been established as a civil-military port to allow the entry of cruise ships when the country is not in a national emergency.

The naval base has allocated port facilities located in the west and south seawalls for cruise ships, overseen by the governor of Jeju Province. 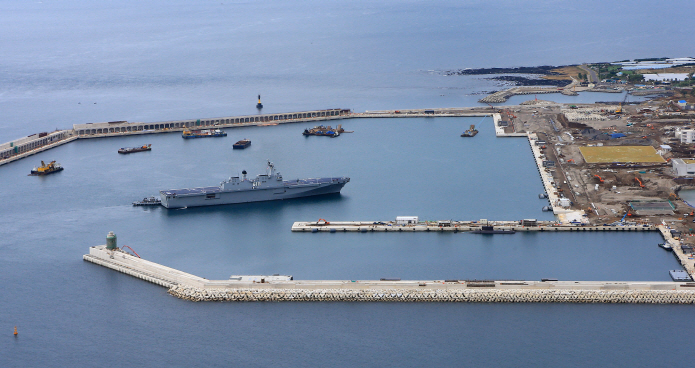 The provincial government expects 1,200 passengers will disembark from the ship to participate in a welcoming ceremony hosted by Jeju Island and Gangjeong Village, with residents delivering flower necklaces and various souvenirs.

The ROK Naval Band as well as a traditional percussion quartet will also take part in the ceremony. The passengers will then be visiting Jungmun Tourism Complex and Seogwipo Maeil Olle Market.

The Queen Mary 2 will depart at 6 p.m. on the same day to head for Hong Kong.

“We will strive to attract more cruise ships to boost the local economy in Gangjeong Village as well as the Seogwipo area,” said Jeju Province officials.