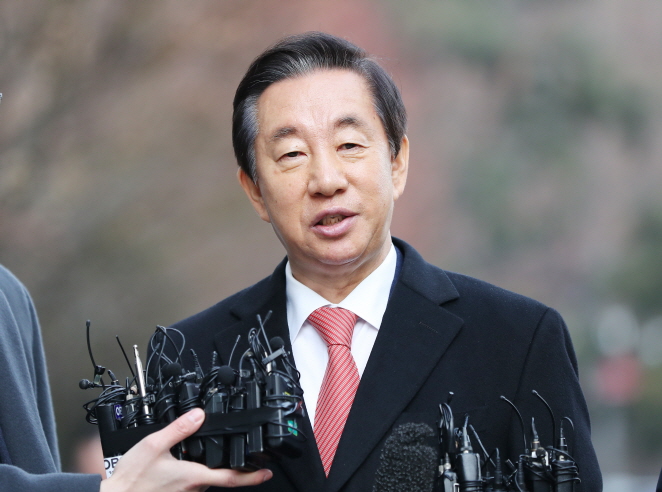 Rep. Kim Sung-tae of the Liberty Korea Party speaks to reporters ahead of attending a ruling at the Seoul Southern District Court on Jan. 17, 2020. (Yonhap)

SEOUL, Jan. 17 (Korea Bizwire) — A Seoul court on Friday ruled in favor of a main opposition party lawmaker accused of illegally asking a former KT Corp. chief to hire his daughter as a regular worker in exchange for favors.

The former LKP floor leader was indicted for intervening in parliamentary affairs to help prevent Lee from being selected as a witness in exchange for a full-time position for his daughter, who was working as a temporary employee at the mobile operator.

The lawmaker’s daughter was a temporary employee at the company’s affiliate the previous year.

The district court, however, explained that Seo’s testimony did not provide sufficient evidence for the bribery allegations.

The fact that the allegations lacked sufficient legal ground indicates Kim’s alleged acceptance of bribery was also not supported by the testimony, the court said.

Kim, who had flatly denied the charges, criticized the prosecution.

“The prosecution tried to punish me through all means during the seven months of intensive investigation and the six months of the trial,” the lawmaker said.

“But they will not be able to find reasons (to punish me) even if they appeal.”