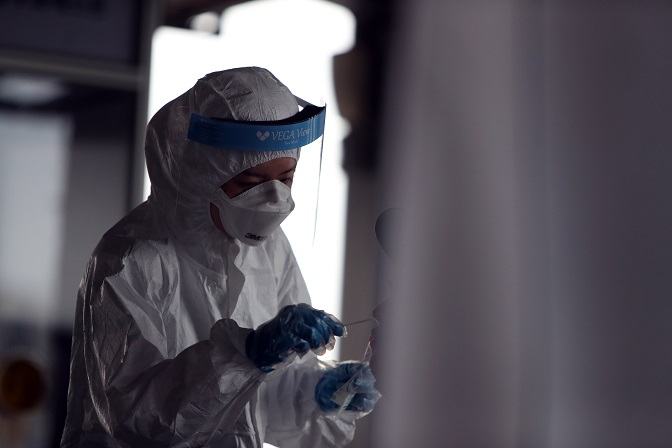 A medical worker carries out new coronavirus tests at an elementary school in Daejeon, 164 kilometers south of Seoul, on July 2, 2020. (Yonhap)

SEOUL, July 3 (Korea Bizwire) – Social distancing measures and the temporary closure of research institutes to prevent the spread of the coronavirus are making it difficult for bio-health researchers to carry out their clinical tests.

According to industry sources on Thursday, the Korea Health Industry Development Institute conducted a survey of 362 chief researchers engaged in the government’s bio-health R&D projects.

The survey showed that the vast majority of researchers expressed concerns about the disruption of their clinical tests.

Another 42 percent of the total respondents answered that the supply of medical research supplies had been disrupted due to the collapse of global distribution networks.

Seven out of 10 researchers said they had problems with internal and external cooperation primarily due to the difficulty in having face-to-face meetings (37 percent), the cancellation and delay of research-related events (28 percent), and the temporary shut-down of hospitals and research centers (19 percent).