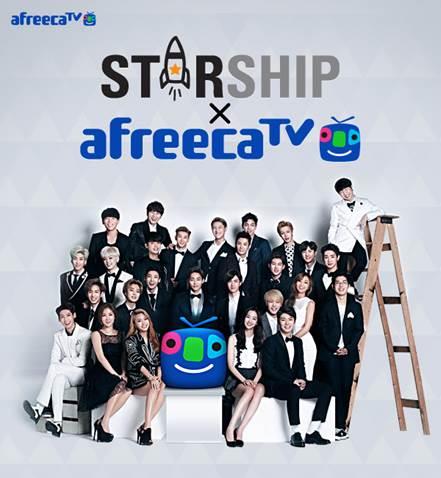 SEOUL, July 28 (Korea Bizwire) – The entertainment industry is setting an aggressive approach to new media, such as internet broadcasting and mobile apps.

While national television and cable channels used to be the key points of promotion, as the media environment changed, advertising is expanding into the territory of the Internet and mobile media channels.

The girl group EXID created a buzz with a video clip that went viral on SNS. They rose to No.1 on popular song charts, and elevated their status as a girl group icon. The hit song ‘Um Oh Ah Yeah’ by MaMaMu, is also seen as a good example of the use of new media as a promotion channel.

This is a phenomenon that couldn’t have been imagined a year or two ago. The pop music industry, which is very sensitive to media trends, is using new media marketing as a novel alternative.

Mystic Entertainment, where Yoon Jong-shin is the main producer, established a cooperative venture with Afreeca TV named ‘Freec’. Freec will produce and distribute content, and discover creators like BJs and new artists.

Yoon Jong-shin explains the reason why new media like Afreeca TV are suitable in the current environment. “The process of gaining attention was very difficult until now. You have to be chosen by TV broadcasters, and then show your creation. But when a piece is created by an individual and released on Afreeca TV, the content is ranked according to the traffic. I like that kind of ecosystem.”

Starship Entertainment, representing Sistar and K-will, also launched a station called ‘Starship TV’ on Afreeca TV. Their intentions are to show aspects of the stars that were never seen on TV before. Since Afreeca TV can evoke real time participation of the viewers, the stars will be able to communicate more with their fans.

Naver is also launching a mobile app service that broadcasts a one-man show of stars. The name of the service is ‘V’, and 23 teams including Big-Bang, Kara and Girls Day confirmed their participation. 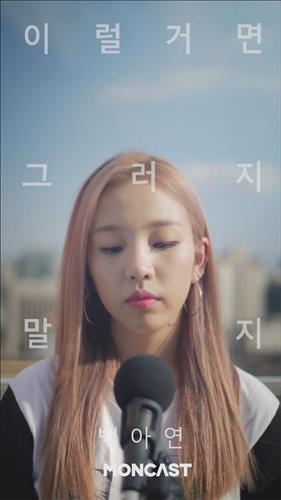 Many stars also use content curation apps like Moncast or Pikicast to promote themselves. Since the apps are based on mobile and social media, the total hits easily go over a million. Park Sung-min, a director at Pikicast, comments that many idol groups reach out to suggest collaboration when they make a comeback.

The whole phenomenon is part of a new strategy to expose content to the members of the young generation who are accustomed to new media found on PCs as well as smart devices. In an era when content creation is at an all time high, viral marketing is a must in order to create a buzz.

Seo Hyun-joo, representing Sistar, predicted the trend would not only apply to idol stars, but to other artists as well. “The media environment has changed drastically, creating a need to expand marketing channels. We are living in a ‘one person media’ era. So in order to target the demographics who are used to live social media, not only idols but also musicians with less chance of exposure will keep trying this kind of method.”

Another reason that the entertainment industry is positive about the new media platform is because they can produce their own content. In other words, the content is not edited with the intentions of the broadcasters, but a clear message of what the creator wants to say can be exposed.

Yoon Jong-shin sees the ‘one person media’ as the new alternative channel for promotion. “Afreeca TV is the easiest platform that shows the creativity of an artist. There are no restrictions. Creators can work freely. This kind of platform can be the best solution in the fast changing music business.”

This trend focuses on the fact that the new media generation consume the contents they want at the time of their liking, meaning that the choice of the user is very important. The responses from mobile apps and SNS have influenced the pop charts greatly.

Lee Jin-young, head of the PR company Fortune, emphasizes that there has been a shift in power. “TV was a power in the past. Now, as the ‘media 3.0′ era has started, power is shifting back to the consumers who are choosing what to watch.”

Kim Hong-gi, a manager at Moncast, predicts that the role of new media will grow in the future. “The company producing Honey Butter Chips didn’t run ads on national television. But it became a big hit. The whole thing happened through social media. Now that the entertainment industry is seeking ways to go viral on social media platforms like the Honey Butter Chip, there will be many more success stories to come.”