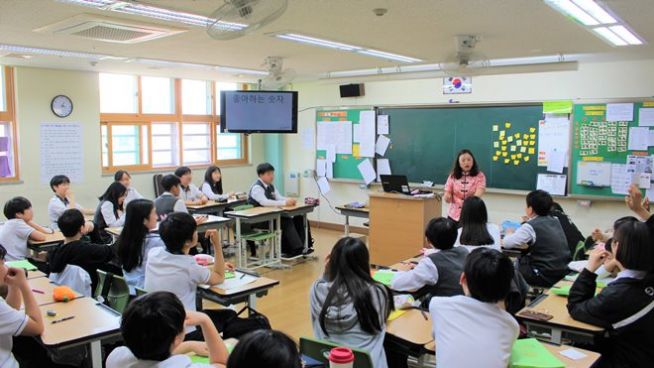 A majority of the teenagers said that they have no adults outside school that they can ask for help when they suffer from bullying. (image: Good Neighbors)

SEOUL, Aug. 28 (Korea Bizwire) — A recent study has showed that a large proportion of high school students from multicultural families are suffering in silence when they are bullied since many they have no one to turn to for help.

The state-funded National Youth Policy Institute carried out a survey of 1,118 teenagers in multicultural families in South Korea. The teenagers were in their second year of high school.

At 70.4 percent, a majority of the teenagers said that they have no adults outside school that they can ask for help when they suffer from bullying.

The institute carried out the same survey when the students were in their second year of middle school in 2015. This year’s figure was higher than the 64.6 percent reported in 2015.

In other words, the share of those who said they had adults outside school that they can count on for help declined by 5.8 percentage points.

However, it turned out to be somewhat easier for teenagers to find help with bullying at school.

The share of those who said they had no adults at school that they can ask for help was 40.1 percent, lower than the 47.2 percent recorded in 2015.

The institute explained that the group which said it has no adults to turn to for help showed a lower level of satisfaction with life and physical health but a higher level of depression and social withering compared to the other group.

The researchers added that the results of this study showed that having someone to rely upon is an important factor with a decisive influence on the psychological health and social adaption of teenagers from multicultural families.