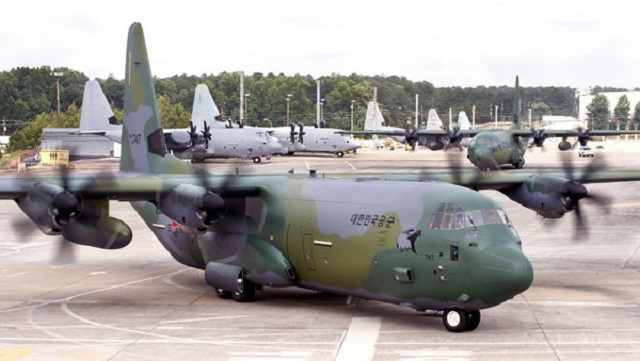 SEOUL, Aug. 25 (Korea Bizwire) — South Korea’s evacuation operations for Afghans, now in their final stage, have been marked by security and logistical hurdles, and unforeseen misfortunes, Seoul officials said Wednesday, stressing their “moral” responsibility to bring them out of harm’s way.

A total of 391 Afghans, including dozens who aided Seoul’s efforts to help rebuild the war-torn Afghanistan, are set to arrive in Korea aboard military aircraft Thursday.

But their current respite belied a series of perilous moments from the process of fleeing Taliban rule.

The evacuees are medical professionals, IT experts, vocational trainers and interpreters who worked for South Korea’s embassy and other operations. They faced risks of Taliban retaliation although the Islamic movement pledged to grant amnesty to all people.

Well aware of the challenges ahead for the evacuation, a senior Seoul official stressed that it is meant to send a crucial message: “The Korean government will not give up on you.”

A key challenge started from the beginning of Seoul’s evacuation operations.

A big chunk of Afghan evacuation applicants initially had to slog their way through Taliban checkpoints and other obstacles to reach the Kabul international airport, the key gateway to the outside world, currently secured by U.S. and Turkish forces.

Getting safe access to the airport appeared extremely difficult, but Seoul officials arranged bus services at the last minute to clear the way for their entry into the airport, a senior official said.

A male evacuee, who worked at the Korean Embassy for two years, expressed appreciation to Seoul diplomats for their support.

“The Taliban took all of Afghanistan. They’re trying to find who worked for Korea. It’s dangerous for me and my family,” he said in a video interview with the Korean press corps.

“Korean people are trying very hard night and day to carry us to the inside (of the airport), and (I) want to thank all of Koreans in Kabul for bringing us into the airport,” he added.

Another former embassy employee, who escaped with her husband and two sons, said her decision to leave her home country wasn’t easy. 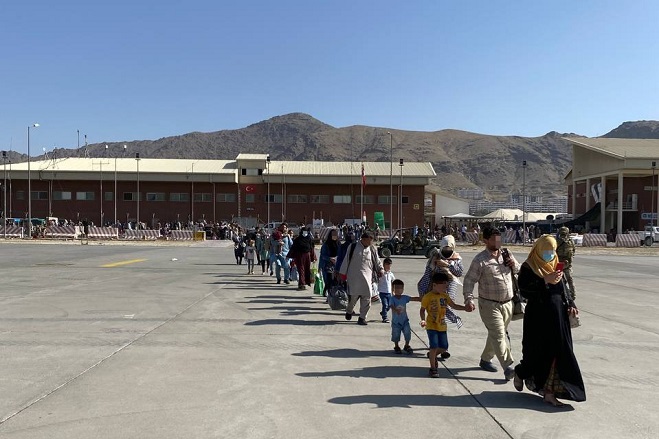 Afghans who have worked for the South Korean government in Afghanistan, and their family members, move to board a South Korean military plane at an airport in Kabul to be airlifted to Seoul, in this photo provided by the foreign ministry on Aug. 25, 2021.

Despite the Taliban group striving to project a more moderate image, burgeoning reports of its brutality underscored the urgency of humanitarian operations for the evacuees.

In the early stage of the evacuation, some Afghans suddenly lost contact with Korean Embassy staff in Kabul, sparking concerns about their safety. One of them even got hurt days ahead of his departure.

“One of them has recently suffered a gunshot wound, a reason why we had to quicken the evacuation efforts given that they could be exposed to terror risks,” a Seoul official said.

Media footage of countless Afghans scrambling to enter the airport highlighted the chaos that unfolded as the U.S. military has been pulling out its troops to end nearly 20 years of war.

Securing flights to Korea was another difficult task as Korean commercial flights cannot fly to Afghanistan, which is designated as a dangerous destination.

Chartering foreign flights wasn’t an easy task either due to the sheer size of evacuees. Korea later chose to send three military planes.

Despite years of their work in Korean facilities — long enough to confirm their identities, Seoul authorities conducted detailed screenings on the Afghans in cooperation with friendly nations with screening data and expertise.

The screening process, as done by other countries, including the U.S., came amid a lingering debate in Korea over whether Korea is ready to embrace the rare influx of foreigners.

“We have known one another for two years, or even eight years without any problem,” the Seoul official said. “We understand citizens can raise an issue, but the government will make its best efforts to reassure them.” 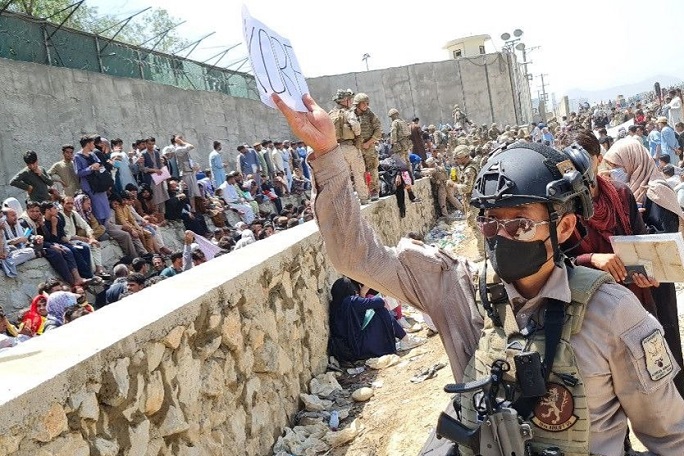 A soldier from troops belonging to one of South Korea’s partner countries looks for Afghans who were to be airlifted from Kabul in this photo provided by the foreign ministry on Aug. 25, 2021.

The Korean public remains divided, with some espousing their arrival on humanitarian concerns and in line with Korea’s enhanced global stature, and others raising questions about potential security and other risks.

A similar debate raged in 2018 when hundreds of Yemeni asylum seekers arrived on the country’s southern resort island of Jeju, capitalizing on its visa-free program for short-term tourists.

“South Korea is a country heavily reliant on trade and overseas activities, meaning there would be many situations in which we need foreign locals’ support,” Nam Chang-hee, a professor of international politics at Inha University, said.

“If we reject them when we received help from them, then we might find it difficult to ask for support overseas,” he added.

But there are still opponents.

“Our citizens are also going through hardships due to the prolonged COVID-19 pandemic,” a citizen in Gimpo, west of Seoul, said. “Do we need to accept the evacuees.”