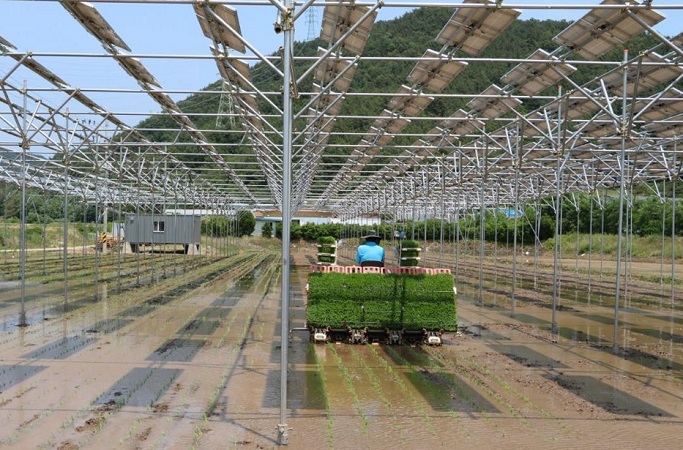 A farmer can grow rice on a 6,600-square meter rice paddy where solar panels are installed. This photo is provided by the Korea South-East Power.

According to a survey conducted by the Korea Chamber of Commerce and Industry of 112 renewable energy companies, 64.3 percent of the respondents presented a negative view of the feasibility of the government’s “Renewable Energy 3020 Plan.”

In response to a question asking about the possibility of achieving their business goals set early this year, 46.4 percent replied negatively.

The main reasons behind the negative responses include a decline in the selling price of renewable energy (55.3 percent), administrative delay in approval and land acquisition (17 percent), and the aging of facilities (14.9 percent).

The renewable energy companies selected the ‘deterioration of profitability’ (39.3 percent) as the biggest bottleneck problem, followed by conflicts and compensation with residents (21.4 percent) and the administrative delay in approval and licensing (16.1 percent).