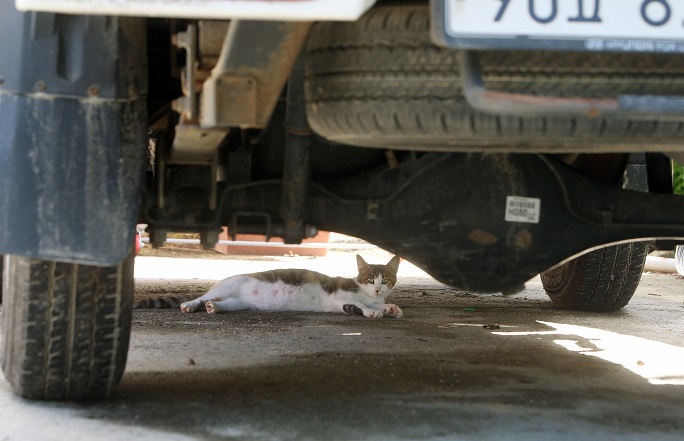 The Seoul Western District Court fined the 48-year-old man, only known by his surname Choi, 3 million won (US$2,530) for having neglected 27 stray cats adopted from streets in an unclean environment of his 33-square-meter home in violation of the Animal Protection Act.

Choi, known previously as an animal rescue activist, was indicted for failing to carry out animal management and breeding obligations by leaving the remains and feces of some of his cats, which died from diseases and other causes, abandoned at his home.

Choi is accused of failing to remove the remains of three stray cats, which died of diseases after being brought to his home in May 2019, for about two weeks. During the same period, nine other cats raised by Choi died one after another.

The court concluded that Choi’s such behaviors constitute acts of animal abuse.

The court chastised the defendant for keeping carcasses of dead cats on bookselves or other indoor places without separating them from living cats. He reportedly buried all his dead cats together later in a park in the western ward of Mapo.

“The defendant himself stated that his house was dirty because he had not done cleaning for about one month. Public officials who visited Choi’s home also testified that they saw old cat feces stuck to the floor,” the court said, ruling he breached his duty of animal protection.

The court also convicted Choi of defaming a person he got to know during his animal rescue activities by writing on social media that the victim has not returned some money borrowed from another person.