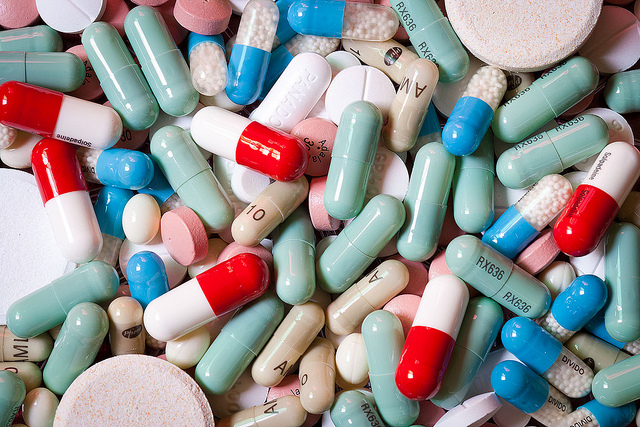 The combined market cap of the KRX health care index rose to 33.25 trillion won as of Wednesday, adding over 20 trillion won from a year ago and 10.2 trillion won this year alone. (image: Yonhap)

The combined market cap of the KRX health care index rose to 33.25 trillion won as of Wednesday, adding over 20 trillion won from a year ago and 10.2 trillion won this year alone, the KRX said.

Bio shares have showed the strongest performance this year as leading bio and pharmaceutical firms continued to build gains this year. The combined market value of bio shares remained 1 percent, but it surpassed 2 percent this month, it said.

Celltrion, a bio-pharmaceutical firm that ranks second in the secondary KOSDAQ market by value, saw its stock price nearly double this year on upbeat business outlook for its biosimilar products.

Hanmi Pharmaceutical soared 154.4 percent this year in the KOSPI market, after the major drugmaker struck a $690 million deal this month to export its autoimmune disease drug-producing technology to American pharmaceutical giant Eli Lilly.

Market watchers expected local bio shares will rally for a while in line with the global trend, while U.S. biotech stocks are boosting the tech-laden NASDAQ.

“The market value of bio and health care shares in the United States have growingly increased to account for 9 percent of the total market,” said Kang Song-chul, a researcher at Korea Investment & Securities. “South Korea’s bio shares have fast increased their weighting, but they still fall far behind U.S. stocks.”

The KOSDAQ market has surged this year, led by a jump in bio shares, with its market cap standing at 173.7 trillion won as of Wednesday, compared with 143 trillion won at the end of last year, it noted.

KOSDAQ surpassed 650 points on Wednesday for the first time in six years and seven months, as several bio shares, including Celltrion, rose by double digits.