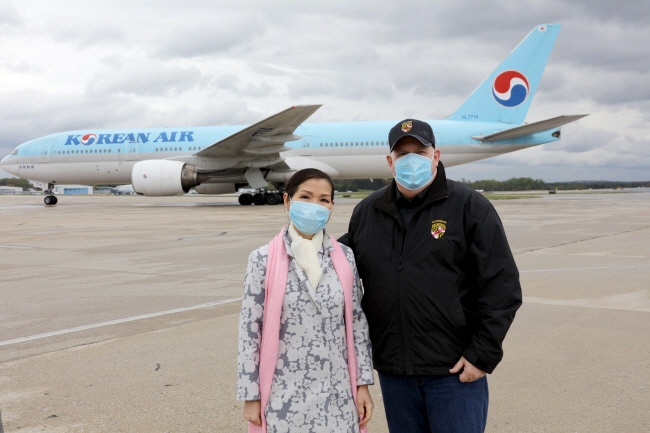 WASHINGTON, Nov. 23 (Korea Bizwire) — Maryland Gov. Larry Hogan on Monday dismissed news reports that South Korean-made new coronavirus test kits were defective, saying the kits have been and continue to be “the cornerstone” of the state’s long-term testing strategy.

“While the entire testing process has been a struggle at the federal and state levels, and there have been and continue to be challenges, these Korean test kits represent one of the greatest success stories of our battle against COVID-19,” Hogan was quoted as saying in a press release posted on the website of the state government.

His remark comes after a news report suggested the state had been forced to exchange some of the test kits from South Korea due to defects.

The governor said some of the kits initially provided by their South Korean producer had been replaced but only because of a change in U.S. protocols.

“The initial tests were successfully validated and usable. When a change in FDA emergency protocols occurred, LabGenomics agreed to immediately replace and upgrade the test for even faster, more sensitive tests at a nominal cost,” said Hogan, according to the press release.

Hogan also dismissed claims there may have been problems with the tests that led to false positives.

“An independent inspection by the Office of Health Care Quality identified minor errors and issues with specimen collection and processes, but no issues whatsoever with the Korean LabGenomics test kits themselves,” he said.

Maryland is said to have purchased some 500,000 test kits from the South Korean manufacturer, and Hogan said more than 395,000 of them have been “successfully utilized.”

“We anticipate using every single one of them,” he added.