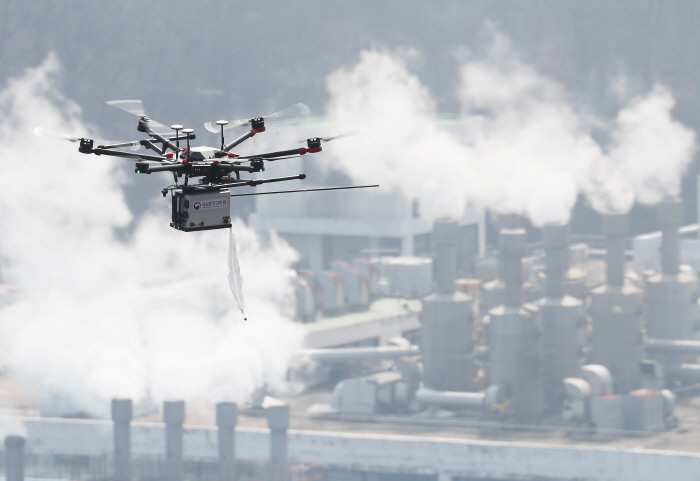 SEOUL, Feb. 19 (Korea Bizwire) — Starting next year, owners of drones weighing up to 2 kilograms or more will have to report their drone to the government.

The Ministry of Land, Infrastructure and Transport on Wednesday announced legislation of the enforcement ordinance of the Aviation Safety Act, which classifies and manages drones based on their performance and risk levels.

The government will also introduce a drone reporting system, called the “drone real-name system.” The plan requires owners of drones with a maximum takeoff weight of more than 2 kilograms to register their aircraft.

The government plans to make it easy for anyone to register drones via the Internet or smartphone apps.

Meanwhile, the government will also differentiate the ability of drones to fly.

To fly drones weighing more than 2 kilograms, owners will have to accumulate a certain amount of flight experience and take written and practical tests.

In addition, even in no-fly zone, it will be possible to fly drones within an altitude of 20 meters for the purpose of education under the supervision of a designated leader, and the government will set up and implement operational guidelines.

“To develop the drone industry, it is more important than anything else to dispel public anxiety about drones that have the potential to impact our daily life,” said Kim Sang-do, head of the ministry’s Civil Aviation Office.