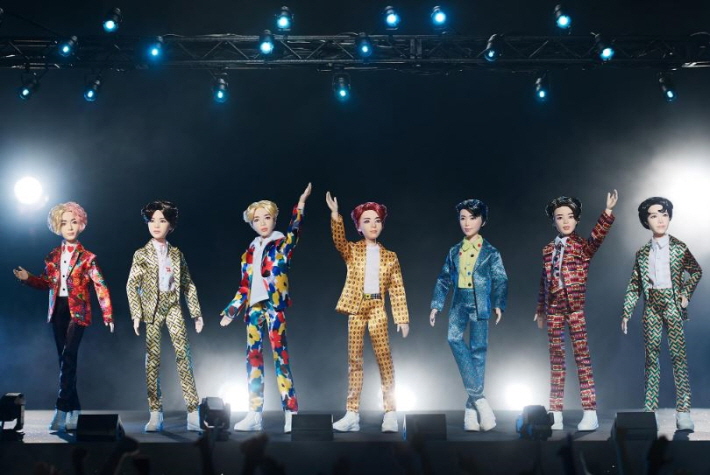 Mattel released photos of the new BTS dolls on Twitter on Tuesday. Mattel has been getting BTS fans excited over the past couple days by releasing teasers of the BTS dolls.

Every time Mattel posts a teaser image about the dolls, the company has appeared on the top search list on Twitter.

Following the introduction, however, many fans showed disappointment saying that the dolls do not look like the actual BTS members.

One Twitter user posted a meme that first showed an excited fan looking at the silhouette of the BTS dolls, followed by disappointment after finding out how the dolls actually looked like.

Many pointed to the hairstyle of the dolls that failed to match the actual BTS members.

“The faces look fine,” said one Twitter user. “But the hair… the hair ruined it.”

One BTS fan received more than 8,000 likes after posting pictures of what the dolls might have looked like with accurate hairstyles.

Overall, however, fans are refraining from overtly criticizing Mattel, despite unsatisfactory results.

Mattel, describing BTS as a worldwide phenomenon that transcends age, culture and language, vowed in January that it will propose new ways to be connected to BTS.