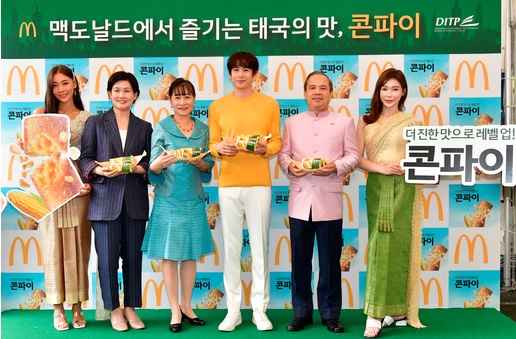 Ambassador Singtong visited the McDonald’s at Sangam DMC to thank McDonald’s Korea for telling South Koreans about the culture and taste of Thailand.

Nichkhun, a Thai national, has for long been working as a cultural ambassador for South Korea and Thailand. 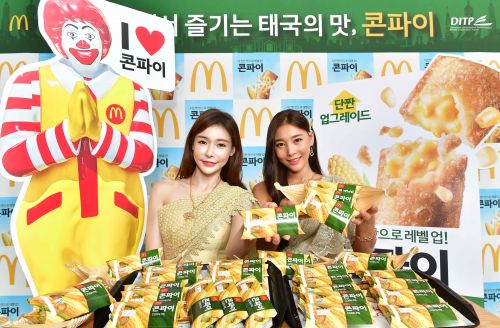 A corn pie product was first introduced at McDonald’s in Thailand, and soon became popular among South Korean tourists visiting the country for its sweet and salty taste.

The new corn pie set a new daily sales record on the day of its introduction in South Korea with most of the corn pies sold out at many stores.

“This is my second year being in South Korea, and I am happy to taste the cuisine of my country. I thank South Korea for their love of Thailand,” said the ambassador.