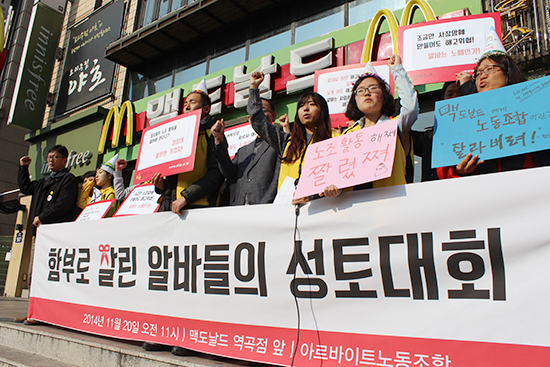 Lee was given a pink slip in September this year from a McDonald’s store in which she had worked for more than a year.(image: Part-timers’ Alliance)

SEOUL, Dec. 12 (Korea Bizwire) – As Lee Ga-youn, a college student who used to work in a McDonald’s until her sudden layoff, filed for mediation with the Seoul National Labor Relations Commission, the issue of part-time workers and their abysmal treatment in the service workplace has come to the fore.

She was given a pink slip in September this year from a McDonald’s store in which she had worked for more than a year. The store’s manager told her, “I appreciate your hard work and I felt secure during the hours you worked. But your work contract has expired and I want you to stop coming to work from tomorrow.”

She was shocked to hear that as she had expected her contract would be automatically carried on as in other fellow workers who had their contract renewed with little problem. She remembered an instance months ago when she took part in a forum organized by an advocacy group to hear testimonies of part-time workers in fast food restaurants about their hardships and unfair treatment.

Ms. Lee had worked at the McDonald’s at the hourly wage of 5,210 won (US$4.73) for three to four days a week. Although it is illegal under the current labor law for the employer not to give the worker an employment contract, she was given a blank contract paper at the time of signing on the job. She later joined the “Part-timers’ Alliance,” a de facto union for part-time workers in the service sector from fast food restaurants to gas stations.

It was known her membership with the alliance and activities within the organization were the direct cause of her dismissal. In May this year, she testified in a press conference held in celebration of the World Fast-food Workers Day in her McDonald’s uniform, including lower pays by manipulating the hours worked. She was later warned by the store manager that he was contacted by the main office. At the time of her dismissal, she was told by the same manager, “Other colleagues of yours feel uncomfortable about your union activity.” 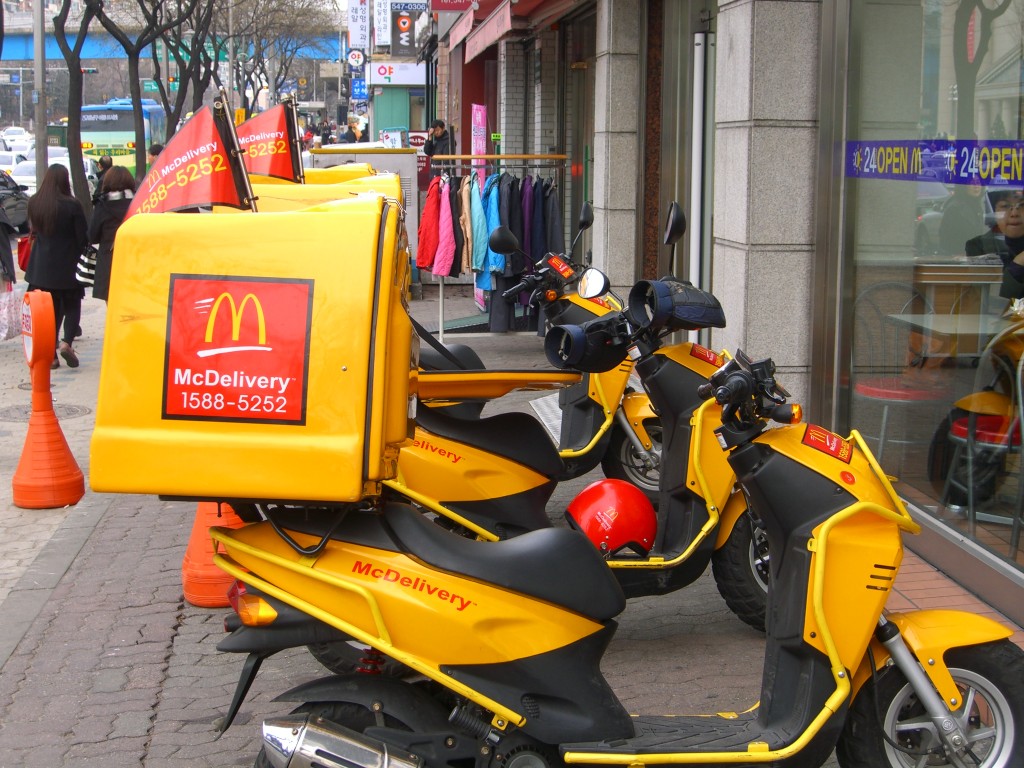 To this, McDonald’s disputed that the layoff had nothing to do with her union activity but simply because her work contract had expired. It added, “At McDonald’s we respect our employees’ political views and beliefs.” This case attracted the attention of the world’s food sector workers. The International Union of Food Workers proposed an emergency action to send out protest letters to which a total of 9,138 members from 152 countries have responded as of December 4. The letters were directed to Joe Erlinger, the head of McDonald’s Korea.

In the morning of December 10, Lee Ga-youn and Part-timers’ Alliance members visited McDonald’s Korea and will file an official complaint with the Seoul National Labor Relations Commission on the 12th. Next week, she will hold a series of press conferences to accuse the fast food giant of labor malpractice jointly with the alliance representatives.