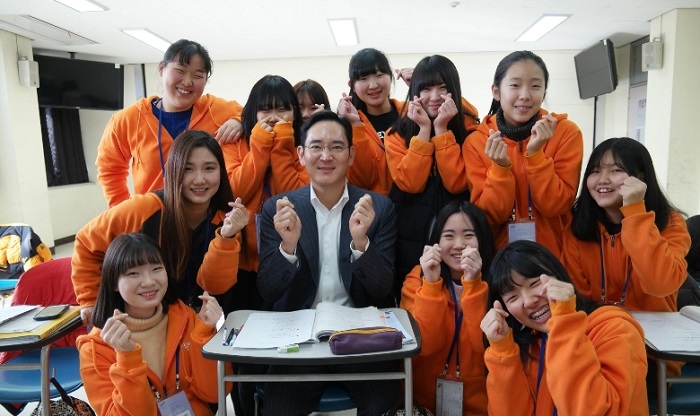 Samsung Electronics Vice Chairman Lee Jae-yong has been focusing on recovering his reputation by underscoring his will to invest in the next generation, along with his new initiative to pioneer new industries. (image: Samsung Electronics)

SEOUL, Feb. 19 (Korea Bizwire) — “I’m the father of two children. That’s why I am interested in the concerns of the South Korean youth. I will strive to create new hopes and dreams for those who will always be loved,” said Lee Jae-yong, vice chairman of Samsung Electronics Co. at the 2019 business dialogue held at the presidential office Cheong Wa Dae on Jan. 15.

Samsung Electronics, as it vowed to carry out its social responsibilities as South Korea’s largest corporation, introduced a new vision of ‘enabling people’ on Monday, with a special theme that focuses on educating the youth.

Ever since he was released from prison last February after being sentenced to probation, Lee has been focusing on recovering his reputation by underscoring his will to invest in the next generation, along with his new initiative to pioneer new industries.

Samsung Electronics’ recent decision to hire staff from partner companies of Samsung Electronics Service Co., put an end to the dispute surrounding the employees who were diagnosed with leukemia after working in semiconductor factories, abolish malpractices of cross-shareholding, and build fine dust research institutes are all being seen as part of Lee’s effort to refurbish the corporate image of Samsung.

According to multiple sources, investment in the next generation will be included as one of the major initiatives for upholding the first value of ‘People’.

While detailed plans are yet to be announced, Samsung seeks to begin with renovating various ongoing educational programs that it has been conducting in South Korea as well as overseas. 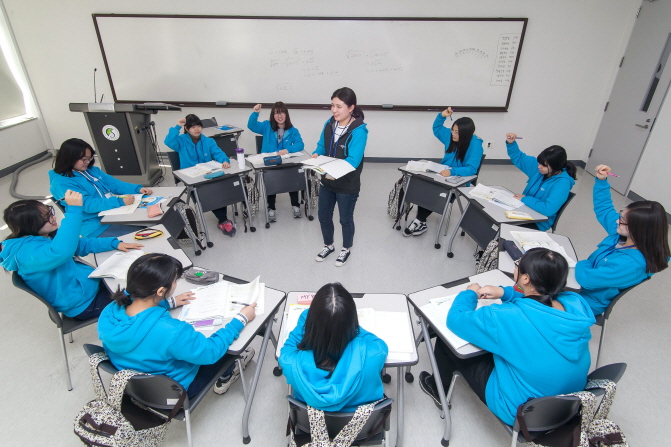 While Samsung Electronics takes the lead in the new initiative, other affiliates will also participate in carrying out various projects, including the plan to boost the South Korean economy and create new jobs by investing more than 180 trillion won (US$159 billion), as announced in August last year.

Samsung Electronics has been actively engaged in providing education to students worldwide.

The Samsung Dream Class, designed for middle school students in isolated environments, has benefited more than 70,000 students in South Korea.

Smart School is an international project led by Samsung Electronics that connects teachers and students around the world to conduct real-time lectures.

Solve for Tomorrow, another representative social program created by Samsung, has been designed to raise interest in science and technology among students.

Under the new theme for social contribution, Samsung Electronics aims to recreate these programs while also creating new ones.

Also, the company plans to expand volunteer work led by its affiliates or the group itself to provide new perspectives on social contribution to the staff and learn about the values of volunteering.

“Let us pave a new way for another 100 years of prosperity by setting a clear path towards social contribution and incorporating it as part of our corporate tradition,” said Kim Ki-nam, CEO of Samsung Electronics.