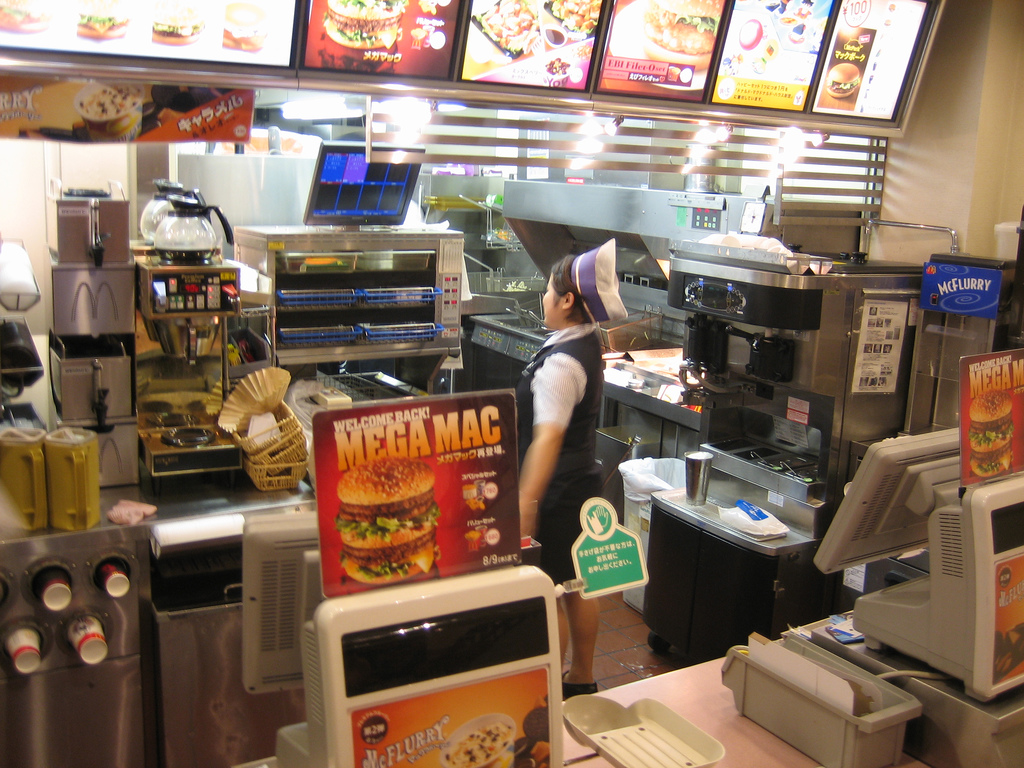 The fast food and coffee industries were slightly more pleasant to work for than the convenient stores. (image: Ben garney/flickr)

SEOUL, Korea, April 1 (Korea Bizwire) – Many local convenient stores and fast food chains which are the biggest employers of teenage part-timers in Korea have been found not observing the labor laws.

The Ministry of Employment and Labor has investigated 939 establishments which employ teenagers, and found 1,492 cases of violations in 650 locations (69.2%).

Out of the 939 businesses which had been looked into, 390 did not provide working conditions as written in the contract (41.5%), and 257 did not pay their employees (27.4%). 104 businesses did not comply with the minimum wage law.

The fast food and coffee industries were slightly more pleasant to work for than the convenient stores. However, 40 percent of them did not offer a written contract still, 20 percent refused to pay or underpaid their employees, and 10 percent violated the minimum wage clause.

Starbucks stores which are operated directly by the headquarters, no other violations were found, except about 1.9 percent of late payments.

The Ministry of Employment and Labor has taken measures to get the unpaid wages of 157 million won in total paid to the rightful creditors, and taken judicial actions to two businesses which have been found guilty of violating the labor law twice in one year. The headquarters of franchises have received the data analysis showing the types and proportions.

On March 31, the ministry started dispatching “Guardians of Teenage Part-time Workers” consisting of 100 retired specialists to franchise chains with high rates of violation to check the working conditions and promote public awareness.