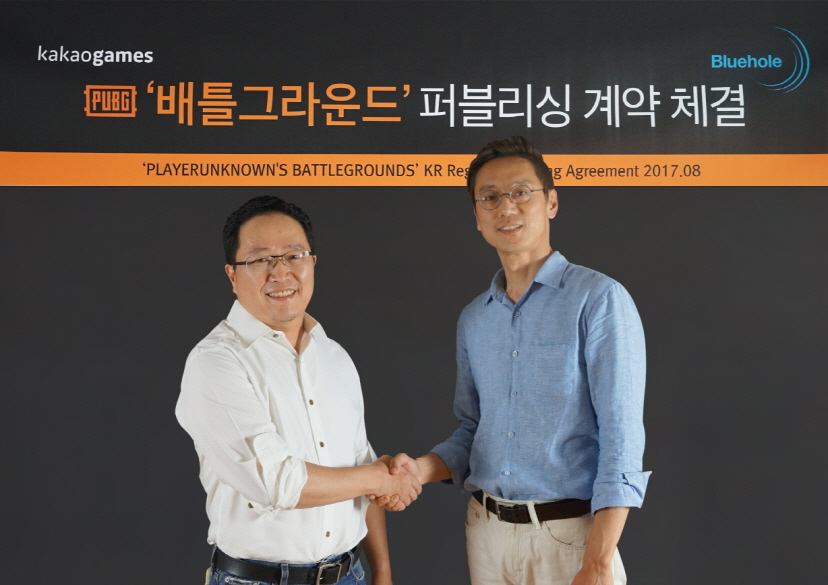 Under an agreement with Bluehole Inc., Kakao Games will launch the multiplayer online battle video game in the local market later this year, with the official launch date not set yet.

PlayerUnknown’s Battlegrounds has been wildly popular since its launch in March, and it has now sold over 7 million copies worldwide. The game is available on the Steam computer game platform.

In the game, up to 100 players land on an island and scavenge for weapons and equipment to kill others while trying to avoid getting killed themselves.

The available safe area shrinks in size over the time, forcing the surviving players into a tighter area that forces more encounters. The last player or team standing wins the round.

Kakao Games has been looking for a breakthrough game to publish to its 40 million users of Kakao Talk, a mobile and PC messenger program. The country has a population of over 50 million.