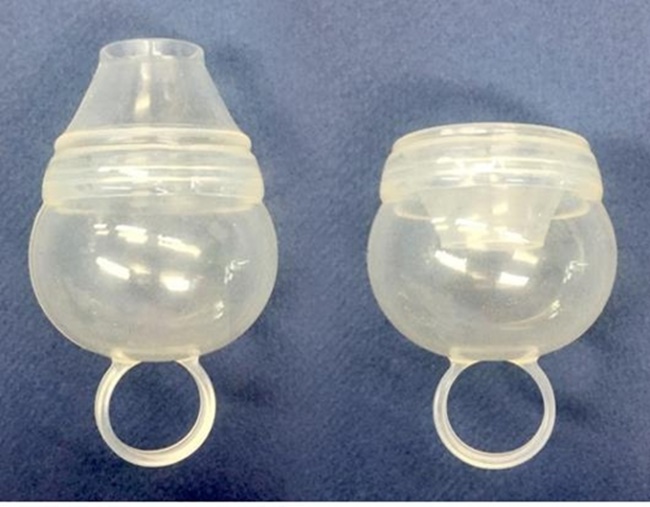 FemmyCycle, which is produced by U.S. company Femcap, is the first menstrual cup product to be sold in South Korea, and expected to be priced at around 40,000 won. (Image: Ministry of Health)

SEOUL, Dec. 8 (Korea Bizwire) — The Ministry of Food and Drug Safety approved the sale of menstrual cup ‘FemmyCycle’ in South Korea on Thursday, meaning it could be available at retailers as soon as next month.

FemmyCycle, which is produced by U.S. company Femcap, is the first menstrual cup product to be sold in South Korea, and expected to be priced at around 40,000 won.

Coming in three different colors, the menstrual cup product will hit the shelves in January, according to industry sources.

Menstrual cups, which are used as a substitute for sanitary pads, are made of silicon and are worn inside the body to stop menstrual blood from leaking.

FemmyCycle was approved by the Ministry of Food and Drug Safety after tests found no risk of cytotoxicity, skin irritation, or heavy metal content in the product.

According to FemCap, the manufacturer behind the menstrual cup that is being sold in over ten countries including the U.S, Canada and Europe, there have been no reports of toxic shock syndrome from previous tests.

Toxic shock syndrome, which is caused by Staphylococcus aureus, is sometimes associated with tampon use.

The symptoms include fever, nausea, diarrhea and dizziness and sometimes shock when left untreated.

With three other menstrual cup products currently going through the approval process at the drug safety ministry, a number of sanitary pad substitute products are expected to be made available for female customers in South Korea.

Experts warn menstrual cups should only be used after being washed in boiling water for five minutes, and advise against using a microwave or alcohol.

Menstrual cups can be used up to 12 hours at one go, and can be reused for up to two years.

However, those allergic to silicon, suspected of having infections, or those who have experienced toxic shock syndrome in the past aren’t meant to use menstrual cups, according to medical experts.

Adolescents in the midst of puberty, women with no experience of childbirth, and those who currently using intrauterine devices also known as IUD must consult with their doctor about the use of menstrual cups.