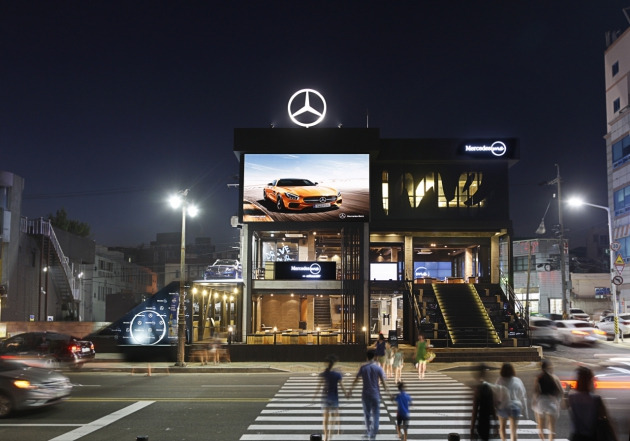 For Mercedes-Benz, South Korea is its fifth-biggest market after China, the United States, Germany and Britain in terms of sales. (image: Mercedes-Benz Korea)

The German carmaker sold 7,707 vehicles in the Korean passenger car market last month, a whopping rise from 1,943 units a year earlier, according to data from the Korea Automobile Importers and Distributors Association (KAIDA).

For Mercedes-Benz, South Korea is its fifth-biggest market after China, the United States, Germany and Britain in terms of sales.

The German carmaker’s stellar performance was mainly helped by a sharp decline in Japanese vehicle sales.

Toyota, Honda and Nissan sold a combined 634 units in September, plunging 74 percent from 2,431 a year earlier.

Lexus, Toyota’s independent luxury brand, was the only Japanese brand that posted a sales gain last month, with its sales rising 50 percent to 469 from 313 during the same period.