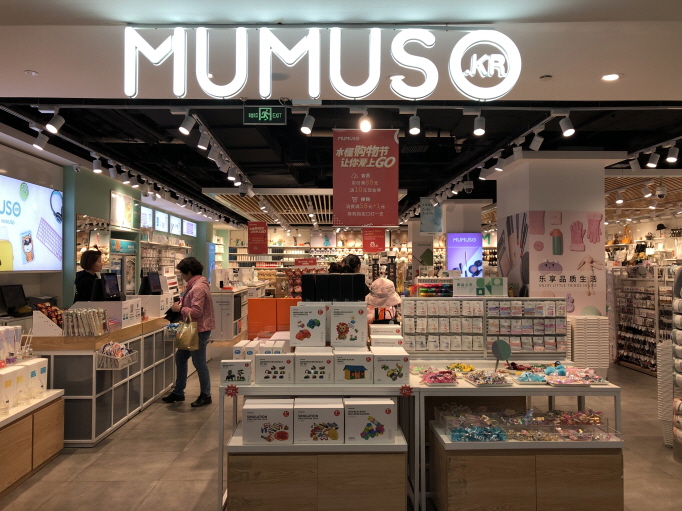 SEOUL, Oct. 24 (Korea Bizwire) — MUMUSO, a Chinese distributor of daily supplies accused of imitating a Korean brand, is turning a blind eye to the recent government order to shut down its Korean branch.

MUMUSO opened a branch office in South Korea in 2014. As it turns out, however, the office only existed on paper, with the company borrowing only the address through a proxy.

The company did rent an office later, but it was left empty. It was basically a paper company without any staff or equipment.

MUMUSO opened a South Korean branch only to create the impression that it is a Korean company.

The products being sold in MUMUSO stores in China claim that they were made by ‘Mugungsenghwal,’ a fake Korean brand, which is said to be located in Seoul. 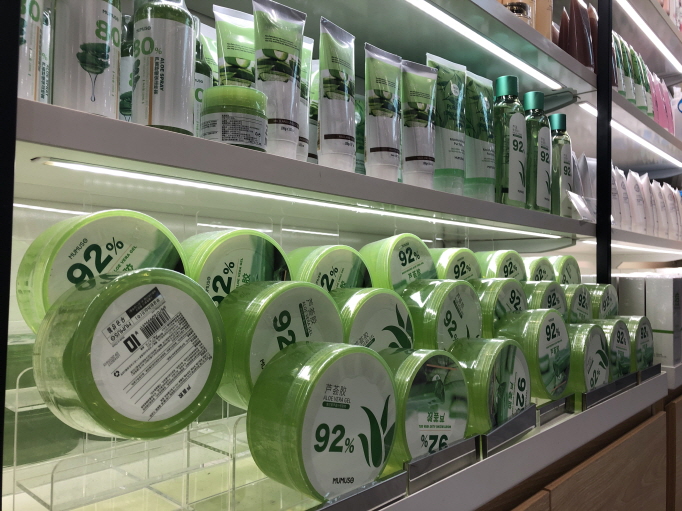 An aloe product displayed at a MUMUSO store. The aloe product is an imitation of a product of South Korean cosmetics maker Nature Republic. (Yonhap)

MUMUSO, under the false slogan “we came from Korea,” has been growing exponentially since its establishment in 2014.

Following recent controversies against the company, however, the company made a ‘slight twist’ to their original statement, claiming that they were ‘inspired’ by Korean aesthetics.

MUMUSO, headquartered in Shanghai, China, is carrying out a marketing offensive in Southeast Asian countries where the Korean Wave has a stronger presence.

As of August last year, Mumuso has already opened 600 stores across China and overseas.