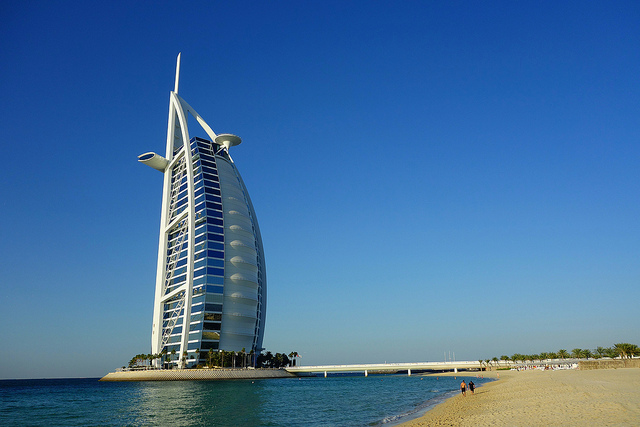 According to travel agencies in Dubai on May 31, the number of cancelations or modifications of tour programs in Dubai has increased since the virus first started making headlines. (image: Brandon/flickr)

SEOUL, June 1 (Korea Bizwire) — Dubai’s growing popularity as a travel hot spot, in part driven by recently-aired episodes of the travel-reality show “Grandpas Over Flowers” filmed in the city, is quickly diminishing among Koreans due to the outbreak of the MERS virus.

According to travel agencies in Dubai on May 31, the number of cancelations or modifications of tour programs in Dubai has increased since the virus first started making headlines.

A worker at a travel agency in Dubai said that the agency was receiving a significant number of inquiries from Korean customers who had reserved tour packages. Individuals from travel agencies based in Dubai also said that many Koreans are canceling desert tours, as camels are known to transmit the MERS virus.

Tour packages to deserts in Dubai are one of the main attractions of the region, and usually feature desert travel in an SUV, visits to camel farms, and camping.

According to the Korea Center For Disease Control & Prevention, Korean patients infected with the virus were reportedly in direct contact with camels when they visited camel farms, markets or experience programs in the Middle East. The health ministry in Saudi Arabia is also recommending that citizens working with camels be cautious about the spread of MERS.

A worker from another travel agency in Dubai said that the fear over the virus among Koreans was too extreme, since citizens in Dubai aren’t actually worrying about it. The worker added that the MERS outbreak killed off the recent momentum for travel to Dubai driven by the travel-reality show.