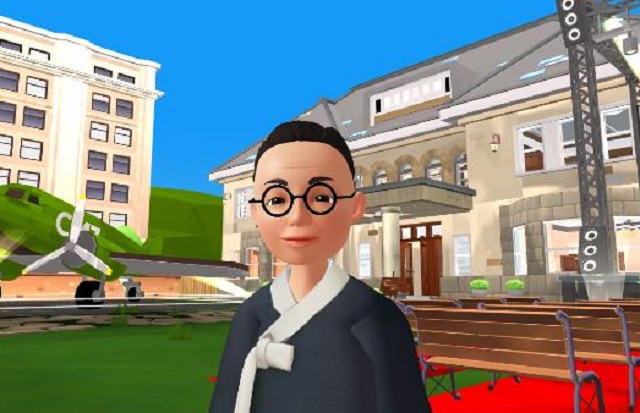 This image of a metaverse avatar of independence hero Kim Gu is provided by the Seoul Museum of History.

SEOUL, Nov. 17 (Korea Bizwire) — A metaverse event on Wednesday will conjure up late national independence hero Kim Gu in the virtual space to welcome him back home from China, 76 years after his little-celebrated homecoming amid complex post-independence politics.

The Seoul Museum of History said the event, set to be held on the Zepeto platform later in the day, will virtually recreate Kim as a metaverse avatar as well as the surroundings of a building used as a home for Kim when he returned from China on Nov. 23, 1945, to hold a posthumous welcoming ceremony in the virtual space.

Kim, a leader of the national independence movement against Japanese colonialism and president of the Provisional Government of the Republic of Korea, returned home from China shortly after the country’s liberation.

But no official ceremony was given, because the authority of the provisional government was not recognized by the U.S. military government then overseeing the southern half of the Korean Peninsula.

The museum said participants will be able to give a warm welcome to Kim and then vice president Yi Si-yeong, who accompanied Kim on the homecoming, during the virtual welcoming ceremony to be held against the backdrop of the historic site of Gyeonggyojang, the official residence Kim used until his assassination by an Army major in 1949.

Following an interview with Kim and a photo session, guests will be given a virtual tour of the residence, according to the museum.

Any Zepeto users are welcome to join the event, it said.