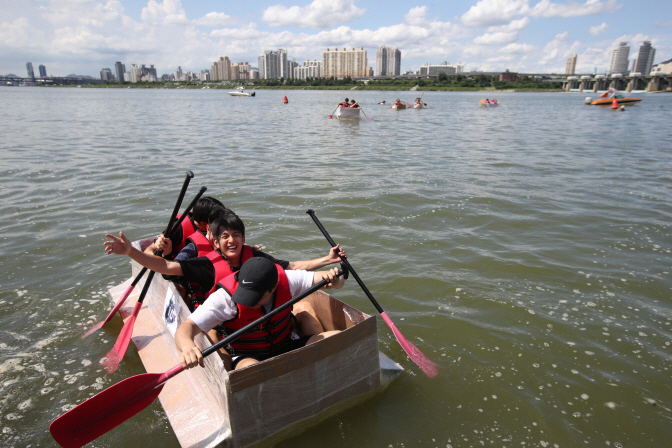 SEOUL, Aug. 9 (Korea Bizwire) — The Seoul Metropolitan Government said that it will be holding the Hangang Paper Boat Competition between August 10 and 12, in which competitors get a chance to race paper boats on the Han River.

Participants will create their own paper boats with cardboard and then race against other contestants.

Twenty-five teams will compete in each race, with a total of 400 teams to take part.

Applicants can submit their applications via the 2018 Hangang Summer Festival’s official website and pay a participation fee of 50,000 won.

If online tickets are sold out, on-site registration and payment will not be possible.

Applicants who are primary school students in grade 4 and below must be accompanied by an adult.

Organizers of the event will ensure that three rescue ships and nine rescue workers on site will be prepared for any emergencies.

The competition may be cancelled in the case of rain of 20 millimeters per hour on the day of the event, or if the speed of waterflow from the Paldang Dam is over 1,500 ㎥ per second.