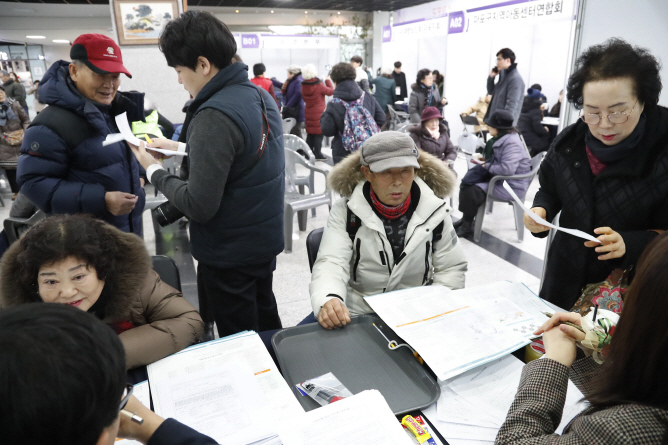 The results could be interpreted as indicating that health and being employed are the key factors affecting the perceived age of being elderly. (image: Yonhap)

SEOUL, Dec. 27 (Korea Bizwire) — According to a report based on study conducted by the National Pension Research Institute, middle-aged South Koreans over the age of 50 subjectively believe that elderly life begins at 68.5 years of age.

The survey was conducted with the participation of 4,449 different households with members 50 years old or older on their finance, leisure, personal relationships and health over a period of six months.

However, compared to government mandated “senior age” of 65 in the Welfare of the Elderly Act and other legislation, the perceived age was 3.5 years higher. The starting age of elderly life was also higher for older respondents.

When subjects were asked when they started to feel old, 56.3 percent said it started when they were “losing energy”, and 24.3 percent answered “after retirement.”

Other responses include “after starting to receive a pension” and “when all children have left the nest”.

The results could be interpreted as indicating that health and being employed are the key factors affecting the perceived age of being elderly.

The survey also asked whether respondents were ready for retirement in terms of finances.

Out of those women, 36.6 percent said spouses should lead the preparation of retirement plans.

Financial capability, health care, being employed, and residence played an important role in planning retirement. For leisure, watching TV and listening to the radio were the most popular pastimes.