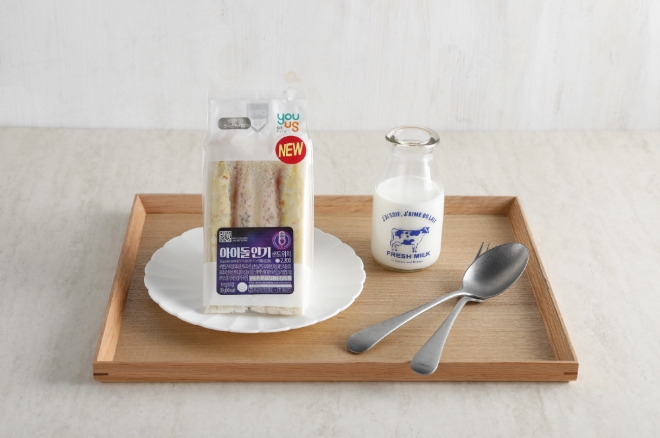 GS25, a major convenience store franchise, said that YouUs Idol’s Favorite Sandwich topped all food sales charts just two and a half months after its release, with more than 5 million sold in just 72 days.

The sandwich was created by Yoo Young-joon, a sandwich merchandise designer at GS Retail Co., inspired by an incident when a certain K-pop star giving out sandwiches only sold at the private lounge of a broadcasting company to fans made headlines on social media last July.

The product contains two sandwiches: one with mashed potatoes and eggs, and another one with cabbage, crab meat and strawberry jam on top.

“Tapping into the curiosity factor by releasing a product that was going viral on social media as well as creating taste and flavor that everyone can enjoy has made the product very popular,” said a source from GS25.