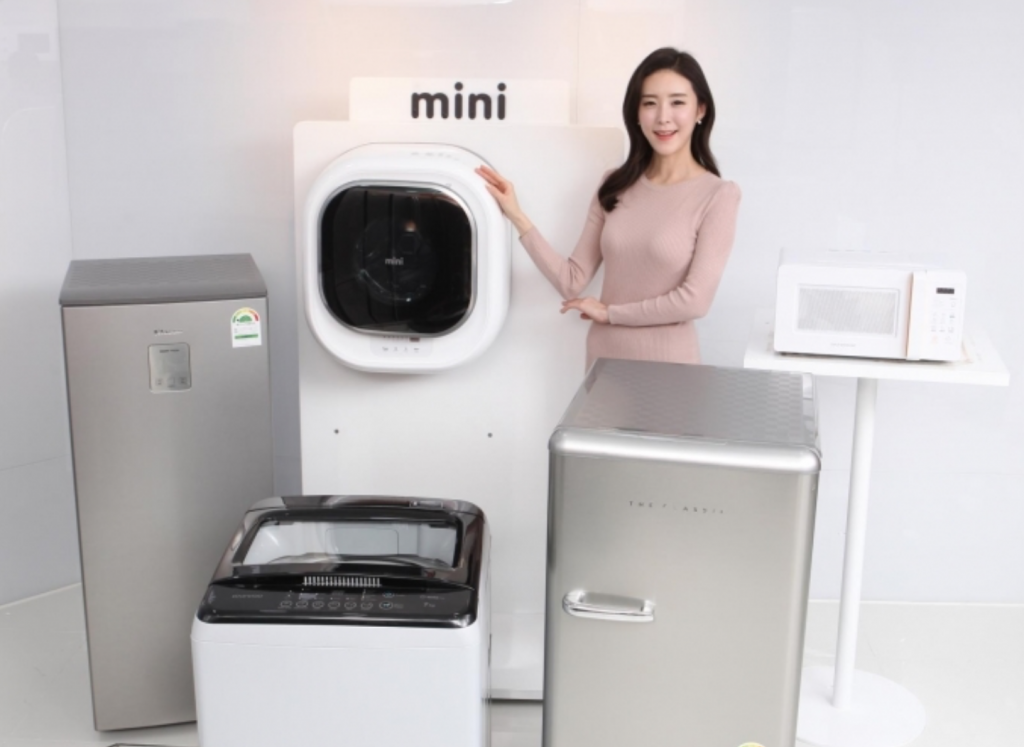 Dongbu, a Seoul-based firm, has focused efforts on producing mini home appliances in consideration of the change in the country’s household structure and consumption trends. (image: Dongbu Daewoo Electronics)

In a report, the Korea Institute for Industrial Economics & Trade predicted their total spending will double to 120 trillion won (US$102 billion) in 2020 from around 60 trillion won in 2010.

Dongbu, a Seoul-based firm, has focused efforts on producing mini home appliances in consideration of the change in the country’s household structure and consumption trends.

The sales of such goods account for nearly 24 percent of the company’s total revenue, company officials said.

It introduced the world’s first wall-mounted drum-type washing machine in 2012, having sold a total of 120,000 units.

More than 1.1 million units of 15-liter microwaves produced by Dongbu have been sold as well since their inception in 2010, with half a million small washers sold over the past seven years.

“The home appliance market for single-member households is constantly growing, affected by the shift in the household structure and economic slowdown,” a Dongbu official said.