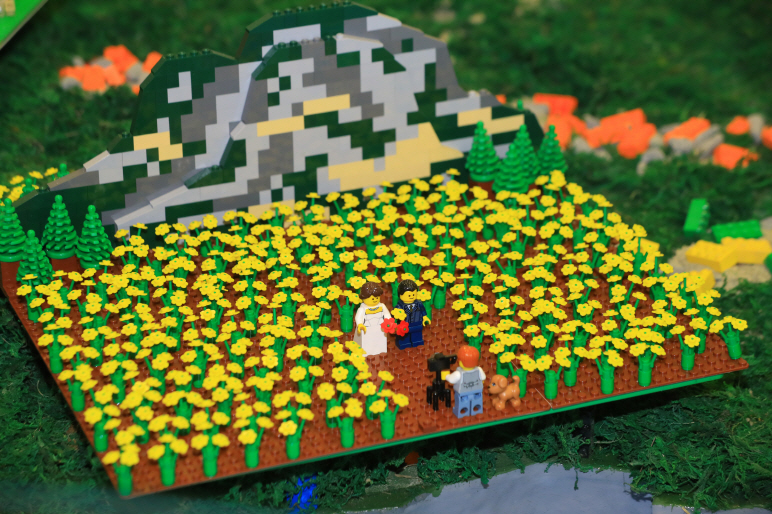 SEOUL, Jun. 21 (Korea Bizwire) — A huge new installation made of miniature bricks illustrating the beauty of Jeju was put on display at the Jeju International Airport yesterday.

Famous miniature bricks artists such as Kim Seong-wan and Gong Min-seok used a total of over 60,000 mini bricks to create the installation during a three-month period.

The project was co-sponsored by the Jeju Provincial Police Agency, Jeju International Airport and Brick Campus.

The sponsors say that the installation aims to recreate the legend surrounding Seolmundae Halmang, the mythical goddess who has been attributed to the creation of Jeju Island. 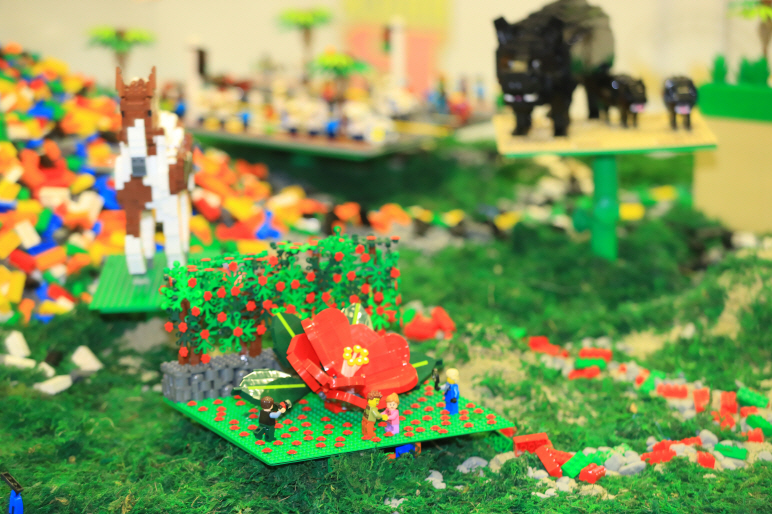 As the legend goes, the goddess created Jeju by pouring mud into her hands, a scene that was recreated with miniature bricks as part of the installation.

The thousands of bricks that came pouring out of the goddess’ hands were reborn as part of the nature, people and specialties all conventionally associated with Korea’s popular vacation island.

Jeju’s most iconic symbols such as canola flowers, beaches, dolhareubang rock figures, and the island’s horses and black pigs represented the island in brick form. 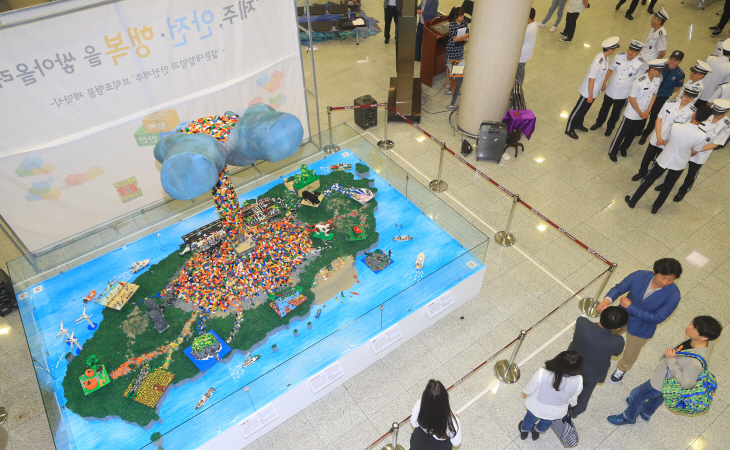 Lee Sang-jeong, the chief of Jeju’s Police Agency, said that he hopes the installation can help promote the beauty of the island to the people who go to and from the airport.

“At the same time, I hope that everyone can have a safe trip to Jeju,” said Lee.

Jang Hyeon-gi, the CEO of Brick Campus, said that he was happy to join efforts to promote Jeju by creating the installation from miniature bricks.