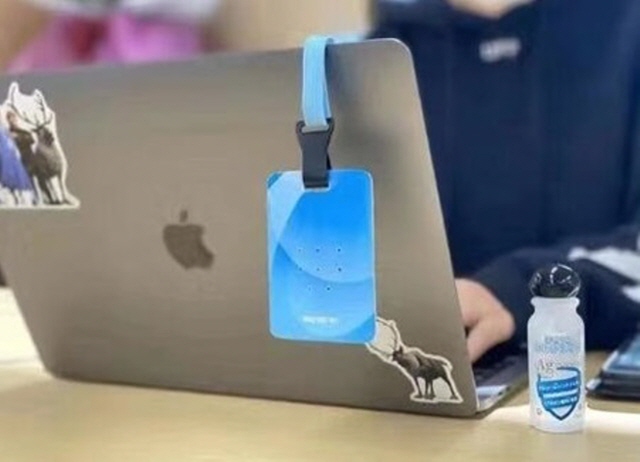 Sellers of the necklace claimed that the solid chlorine dioxide contained in the necklace kills all viruses within a 1-meter radius. (image: Consumers Union of Korea)

SEOUL, March 11 (Korea Bizwire) — A so-called ‘coronavirus prevention necklace’ that once mesmerized consumers has been banned due to safety issues.

The Ministry of Environment said Tuesday that it has been shutting down all distribution of the necklace across all major web portals and online shopping malls since last week.

Sellers of the necklace, which was selling online for between 10,000-20,000 won (US$8.37-16.74), claimed that the solid chlorine dioxide contained in the necklace kills all viruses within a 1-meter radius.

The government, however, warned that “chlorine dioxide should not be used in a way that may incur physical contact with the human body.”

“While the substance is not critical to the human body, breathing in the substance can irritate the mucous membranes and the airway,” the Ministry of Environment added.

The government has been monitoring manufacturers and import companies selling various sanitizers that have not been authorized in accordance with relevant legislation. Since last month, 104 products have seen sales bans imposed.

Officials are asking consumers to watch out for unauthorized products that are exploiting the coronavirus scare.