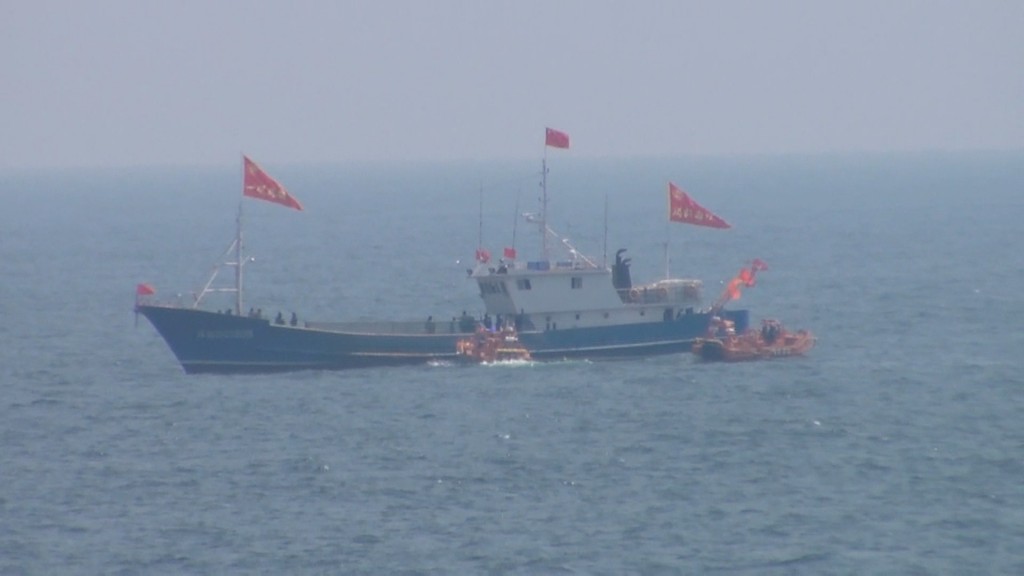 In a letter of complaint to the Chinese Embassy in Seoul last year, the Korean National Federation of Fisheries Cooperatives (KNFC) claimed that the financial damages to the South Korean fishing industry resulting from illegal Chinese fishing were estimated at 1.3 trillion won in annual losses

Though the ongoing issue of illegal fishing in South Korea and China’s EEZ has been a hindrance in the diplomatic relations between the two countries for some time, Beijing’s next move will be carefully scrutinized given the recent economic retaliation against South Korean conglomerate Lotte.

In tackling illegal fishing and avoiding further escalation of a South Korea-China maritime dispute, cooperation with the Chinese government is crucial, but critics fear the current political tension over THAAD could turn back the clock on progress with fisheries negotiations.

There were 25 cases of illegal fishing in South Korea and China’s EEZ by Chinese boats reported in January and February this year, according to the Ministry of Oceans and Fisheries, up by 30 percent on year, and 14 boasts did not even have a valid fishing license.

The Exclusive Economic Zone between the two countries was established in 2011 to solve maritime disputes. Under terms of the agreement, the sea was divided into three zones, including a shared area in which licensed fishing boats from both South Korea and China are allowed to fish freely. However, it’s illegal for Chinese fishing boats to fish in Korea’s EEZ without permission.

According to the Korea Maritime Institute, the value of South Korean fishery resources lost to illegal Chinese fishing ranges from 100,000 to 650,000 tons annually, some of which is even imported back to South Korea.

Last year, for the first time, South Korea imported more than $12 billion worth of seafood from China, accounting for more than 25 per cent of its total imports.

It was only last December that officials from both countries met in Seoul to discuss maritime borders and agreed on penalties for any boat carrying objects like pikes or spears that can be used as weapons to resist maritime authorities.