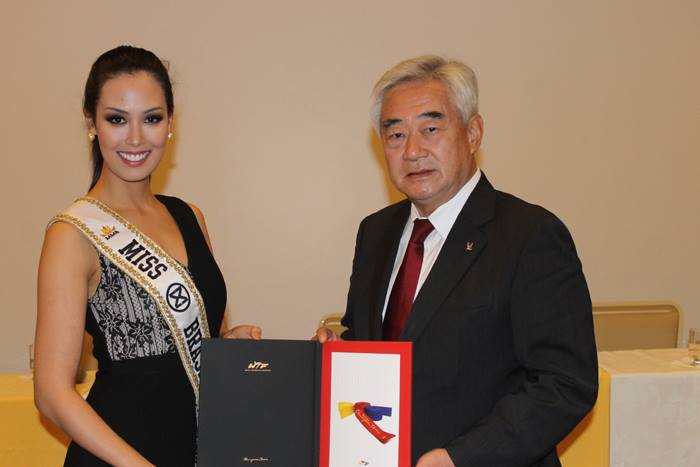 Catharina Choi Nunes, who is half Korean, was appointed to the post at a ceremony attended by WTF President Choue Chung-won at the Brazilian Taekwondo Federation headquarters in Rio de Janeiro, Brazil, on Tuesday, local time.

Choi Nunes practices taekwondo in Sao Paolo and hopes to become a black-belt holder before the 2016 Rio Olympic Games, the federation said.’

In her acceptance speech, Choi Nunes said she hopes to demonstrate taekwondo moves at the 2015 Miss World pageant coming up in December in China.

Choi Nunes’ father is a Brazilian of Portuguese descent and her mother is Korean. The 25-year-old was also the second runner-up at the 2013 Miss Korea pageant, where she represented her home country, Brazil.

WTF President Choue said he hopes the appointment would further promote taekwondo in Brazil and encourage gender equality in the sport.

“Sport presentation and spectator engagement are key objectives of the WTF. She will play a great role in this effort, together with the WTF Demonstration Team during the 2016 Rio Olympic Games,” he said.