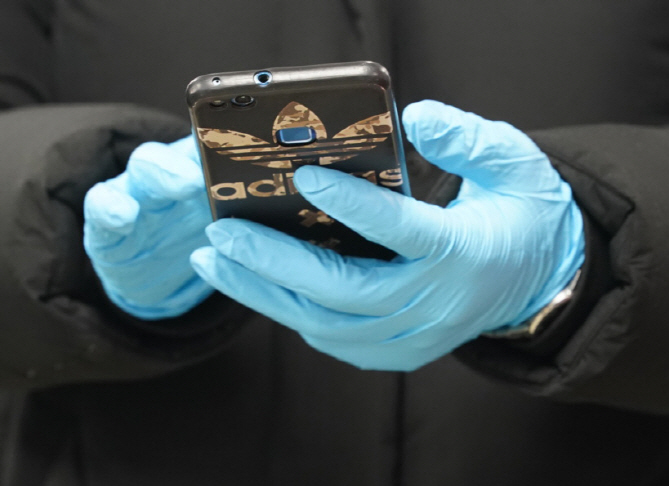 In this file photo taken on March 6, 2020, a foreign citizen wearing gloves uses a smartphone at an immigration office in Seoul. (Yonhap)

SEOUL, March 19 (Korea Bizwire) — The amount of time people spent on mobile applications on their digital devices increased last month in South Korea, data showed Thursday, amid the spread of the novel coronavirus.

South Koreans spent an average daily time of 3.9 hours using their mobile apps in February, up 7 percent from a year ago, according to global mobile data analytics firm App Annie.

South Korea was the No. 2 country in the world in terms of the average time people spent on mobile apps. China topped the list with 5 hours, while Japan was No. 3 with 3.5 hours.

In particular, usage of gaming apps spiked last month, according to the data.

The number of gaming app downloads in the last week of February surged 35 percent on-year to 15 million in South Korea, according to App Annie. It was also a 25 percent increase from a month earlier.

One thought on “Mobile App Usage Up in Feb. over Novel Coronavirus”