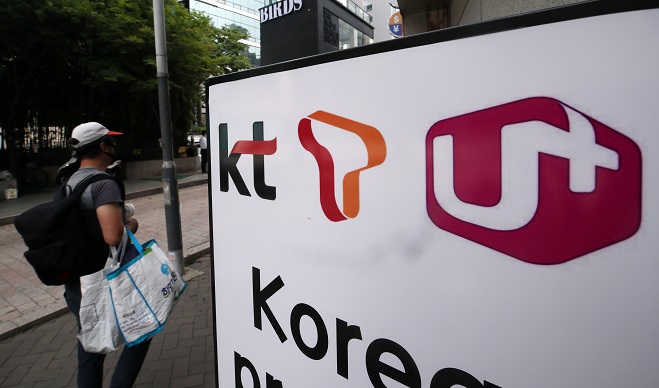 SEOUL, Jan. 4 (Korea Bizwire) — South Korean mobile carriers are expected to report improved earnings for the final quarter of 2020 on the back of steady growth in 5G users, analysts said Monday.

The combined operating profits of the country’s three major telecom operators — SK Telecom Co., KT Corp. and LG Uplus Corp. — are estimated at 670.9 billion won (US$620.3 million) in the Oct.-Dec. period last year, compared with 497.9 billion won the previous year, according to a poll by Yonhap Infomax, the financial arm of Yonhap News Agency.

As of end-November, the country had nearly 11 million 5G subscriptions, compared to around 9 million in September, according to government data.

SK Telecom, the country’s largest carrier, is expected to report the sharpest rise in operating profit among the three carriers in the final quarter of last year at 261.2 billion won, up 60.7 percent from the previous year.

“Growing demand for internet protocol TVs and corporate-geared cloud services on increasing popularity of virtual services during the pandemic will also lead to growth in fixed-line services.”

The carriers have expressed renewed focus on non-mobile services this year, with KT CEO Ku Hyeon-mo vowing to boost efforts in new technologies, such as artificial intelligence, big data and cloud services, in a New Year’s message.

The carrier said it has reached an agreement for Amazon to acquire a stake in its online commerce unit 11Street Co., while its mobility spin off T Map Mobility Co. has joined hands with Uber.

Incoming LG Uplus CEO Hwang Hyeon-sik also said in a New Year’s message that the company will secure new growth drivers based on upcoming technology, such as self-driving cars and smart factories.