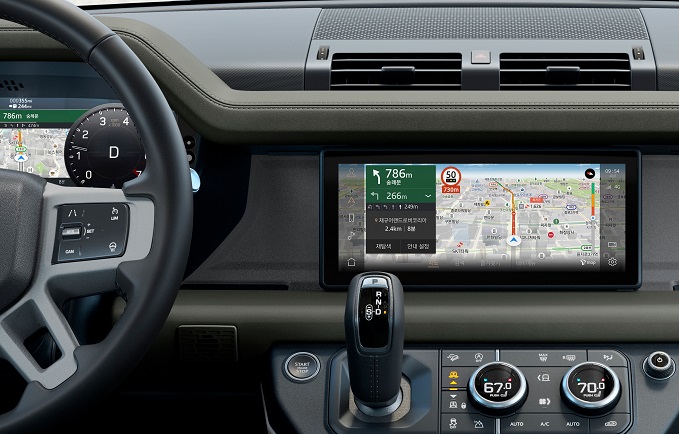 SK Telecom Co.’s T map navigation service is shown in this photo provided by the company on Sept. 1, 2020.

SEOUL, Oct. 16 (Korea Bizwire) — SK Telecom Co., South Korea’s largest mobile carrier, said Friday it will spin off its mobility platform business into a separate entity as it partners with U.S. ride-hailing company Uber Technologies Inc. in a move to strengthen its focus in the connected mobility sector.

The business — tentatively called T map Mobility Co. — will be wholly owned by SK Telecom and become a separate company on Dec. 29, the mobile carrier said in a regulatory filing.

In a joint statement with Uber, SK Telecom said it has also agreed for the new company to set up a joint venture with the U.S. ride-hailing company by the first half of next year.

Uber plans to invest more than US$100 million into the joint venture, which will focus on ride-hailing services, and another $50 million into SK Telecom’s new spinoff, according to the statement.

SK Telecom said it expects the joint venture to provide an innovative taxi-hailing business based on its map and navigation services and Uber’s global experience and platform technology in ride-hailing services.

The company added that it aims to increase T map Mobility’s valuation to 4.5 trillion won (US$3.9 billion) by 2025 from the current 1 trillion won.

The South Korean carrier’s mobility business is currently focused around its popular map application T map, which has around 12.5 million monthly active users. Based on the app, SK Telecom also provides navigation, taxi-hailing and parking services.

Local analysts, however, expect the carrier’s new mobility business to shift gears beyond current services and could focus on self-driving technology based on SK Telecom’s 5G network.

“SK Telecom will likely foster its mobility unit as the leading company of SK Group’s self-driving and sharing economy businesses,” Kim Hong-sik, an analyst at Hana Financial Investment, said in a report.

“T map will have a complete new value as it expands into the self-driving industry.”

The latest generation network is considered one of the core components of self-driving technology as its high speeds and low latency allow the seamless transmission of mass data for vehicles to position themselves autonomously.

The company set out ambitious plans early this year to become a tech giant beyond its traditional focus in telecommunications.

SK Telecom CEO Park Jung-ho said in January the company is considering dropping Telecom from its name to shift away from its network-focused business.