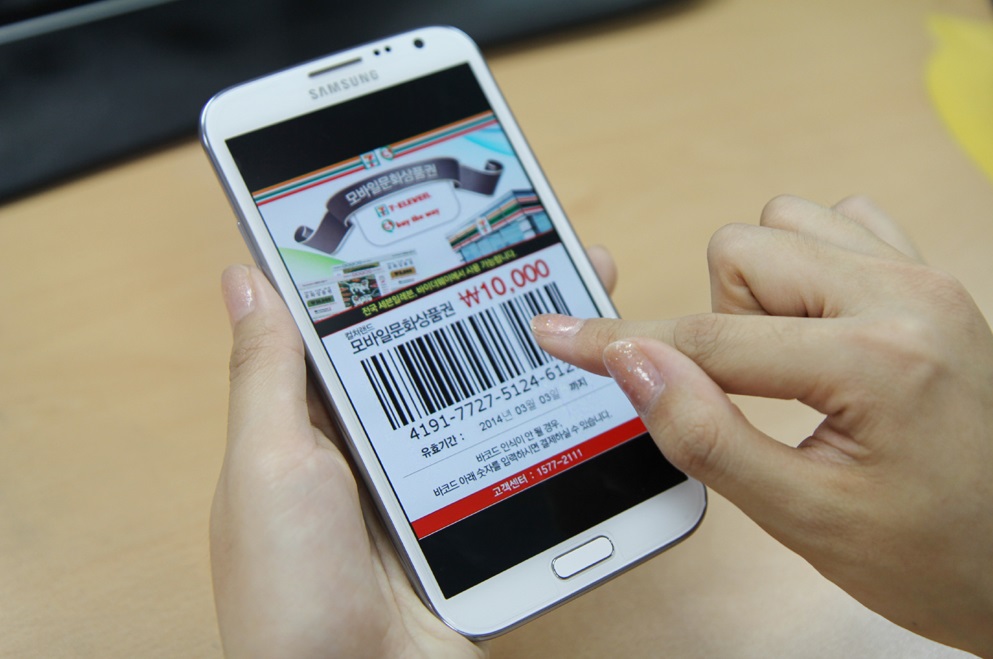 The main reason mobile gifts are gaining popularity is its convenience. (image:G market)

The main reason mobile gifts are gaining popularity is its convenience. All one needs to send a mobile gift is the phone number of the receiving side. The mobile gift is sent through a text message, which eliminates the possibility of being lost in the mail.

Starbucks also reported that its mobile gift sales volume has grown 50 percent a year for the past three years, in contrast to a slow pace of growth at 3-4 percent for paper-based certificates. Online retailer G-Market said that its mobile certificate sales rose 104 percent in January this year from the same month a year ago.

According to data released by the Ministry of Science, ICT, and Future Planning, the share of mobile shopping in all online shopping has increased to 43.2 percent last year from 14.6 percent in 2011.