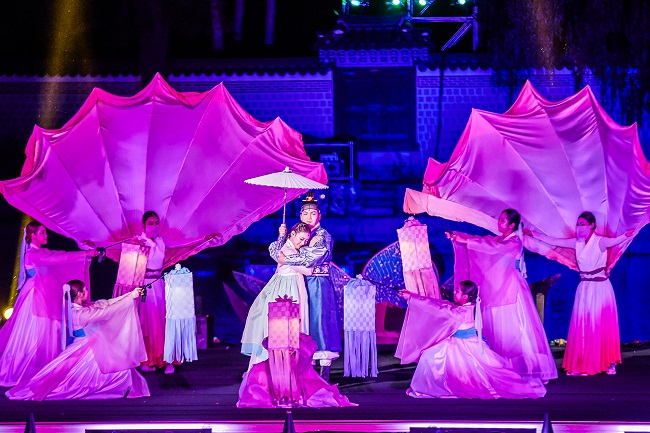 The royal palace festival, which ran from Oct. 10 to Nov. 8 at four palaces in central Seoul — Gyeongbok, Changdeok, Deoksu and Changgyeong — as well as Jongmyo Shrine, offered visitors a chance to explore Joseon Dynasty (1392-1910) era heritage both online and offline.

Around 13,000 people attended 12 programs that were held in-person while online content garnered over 2.17 million combined views on social media, according to CHA.

The government agency said that a media performance on the folk story of devoted daughter Shim Cheong that was held at Gyeongbok Palace and a moonlight walk at Changdeok Palace were especially popular among on-site events. 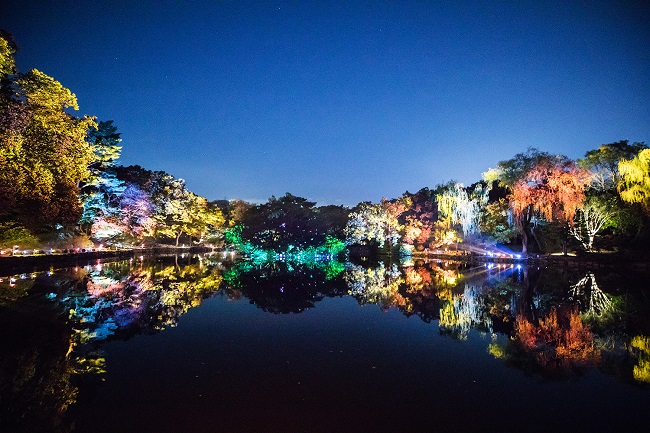 This photo, provided by the Cultural Heritage Administration, shows a night scenery of Changgyeong Palace in central Seoul.

Among videos that were released on YouTube, the story of Joseon Dynasty princes who suffered tragic deaths was especially popular.

A dance challenge with K-pop band Newkidd held as part of the festival on the video-sharing platform Tiktok topped 2.7 million views, according to CHA.

Some 130 online programs of the festival will remain available on its official YouTube channel.

The royal palace festival has become an exemplary model of a “safe festival” in times of COVID-19, CHA said in its press release.

“We hope the visitors recognize palaces as beings living the present with the people, not just a legacy from the past,” it added.