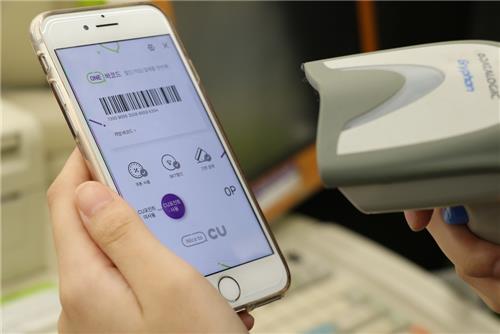 SEOUL, Nov. 20 (Korea Bizwire) — Mobile payments at South Korean convenience stores have more than doubled this year thanks to the greater use of smartphones and the expansion of mobile settlement services, a market player said Tuesday.

Convenience chain operators in Asia’s fourth-largest economy adopted the easy mobile payment system in 2011, but the service started to take off last year.

The percentage of mobile payments out of total settlements at convenience stores expanded to 3.5 percent this year, compared with 1.9 percent last year and 1 percent in 2015.

“The number remains in the single-digit range, but the easy mobile settlement system has been growing at an exponential pace,” a CU official said.

Currently, CU allows customers to use Samsung Electronics Co.’s Samsung Pay and 19 other payment tools at its stores.

Samsung Pay accounted for 85.5 percent of CU’s mobile settlements during the January-October period, followed by Kakaopay with 4 percent and LG Pay with 2.8 percent.

Approximately 7 in 10 South Koreans are known to own a smartphone, the fourth-highest smartphone penetration rate in the world.