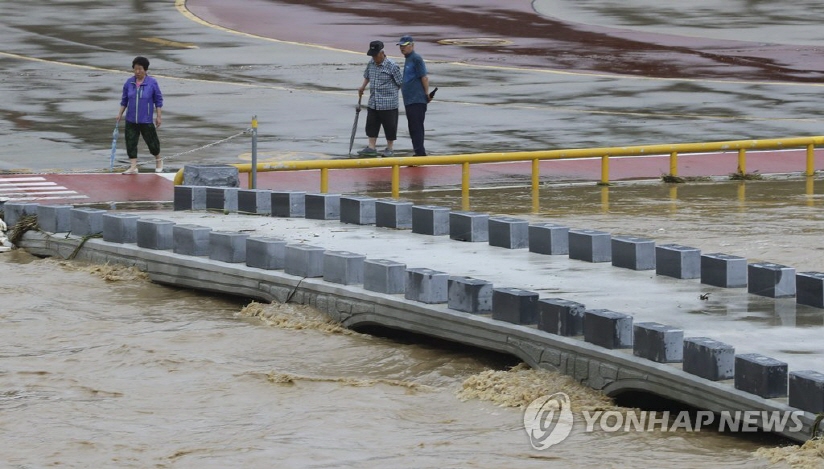 “I approved the request to declare the three areas special disaster areas. I hope this will help those regions in their recovery. I wish to once again offer my sincere consolation to the people in the regions,” the president said while meeting with his top presidential secretaries in a weekly meeting held at the presidential office, Cheong Wa Dae.

The three regions are Cheongju, Cheonan and Goesan, all located in the central Chungcheong provinces that were recently hit by heavy rains.

As a special disaster area, the city with a population of some 830,000 and its people are now entitled to a wide range of government support, including a large support fund.

However, some in the vicinity that are dealing with damage from the flood may not be able to benefit from such support should their homes be located outside of the administrative boundary of the areas declared a special zone, Moon noted.

The president called for a revision of the law on government support for disaster areas to allow support for even a handful of people affected by a disaster even though the rest of their administrative town may remain intact, according to Cheong Wa Dae pool reports.

His secretaries also noted the need to allow special support for residents who live in apartment buildings, noting the law currently only allows support for damage incurred on detached houses.