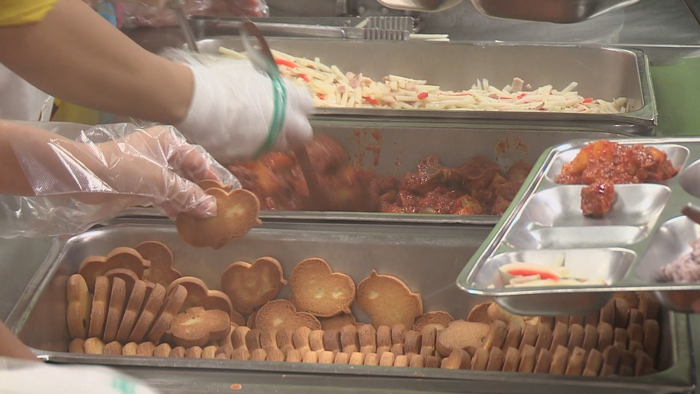 The selective menu system is in the form of a meal that provides two menus a month for students to choose from. (Yonhap)

SUWON, Apr. 5 (Korea Bizwire) — Students living in Gyeonggi Province will soon be served cafeteria-style school meals, where they can choose according to their preferences, rather than a single option.

The Gyeonggi Provincial Office of Education (GPOE) announced on Thursday that it has decided to push for a “cafeteria-like school meal plan” that guarantees students’ right to choose, autonomy and health, and has launched a policy study to develop models.

The provincial education office has been running a system of autonomous food distribution, where students could decide what to eat and how much they wanted to eat, and partial selection menus for schools that wanted to do so.

A total of 230 schools in the province are participating in the autonomous food distribution program.

The selective menu system is in the form of a meal that provides two menus a month for students to choose from.

The existing systems gave students choices and autonomy, but they were more beneficial for reducing food waste and cutting budgets.

The education officials plan to give students more choice under the new plans compared to the existing one.

The GPOE is not only changing the system of distribution, it plans to take it one step further by reorganizing the food environment, such as changing cooking tools, improving catering facilities and the positioning of cafeterias, so that students can get more involved.

As soon as the policy study is completed, the GPOE plans to present a customized model for school cafeterias and increase the number of schools operating under the new system to 36 by 2021.