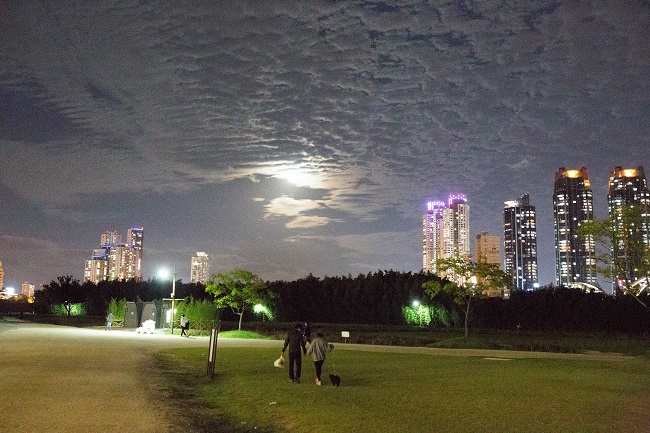 Various environment indexes reflecting such changes over the last 20 years can be found in comparison with those before the municipality was classified as a metropolitan city, said an Ulsan City Hall official.(Image: Studio Kei from Flickr)

ULSAN, Aug. 2 (Korea Bizwire) — The city of Ulsan is being transformed into an eco-friendly city from one marked by industrial pollution, 20 years after it was first classified as a metropolitan city.

Various environment indexes reflecting such changes over the last 20 years can be found in comparison with those before the municipality was classified as a metropolitan city, said an Ulsan City Hall official.

When Ulsan was classified as a metropolitan city in 1997, it was in the midst of a phase of industrial development that had left its ecosystems and natural environments heavily damaged.

The Taewha River, the lifeline of the city, was a river of death where hundreds of thousands of fish perished due an influx of wastewater and sewage, with the city engulfed and smothered by the bad smells emitted from the industrial complex.

The city has since implemented a variety of environmental policies in different sectors, such as rejuvenating the Taewha River, and has successfully undertaken a remarkable transformation of its environment.

The biochemical oxygen demand (BOD) of the Taewha River measured 10ppm (category five) in 1997 but improved to 1.2ppm (category one) in 2017, a stunning achievement.

In the past, the water was so polluted that it could not even be used for industrial purposes, and was not frequented by migratory birds.

The city has injected 658 billion won into 27 environmental projects ranging from sewage pipe maintenance to underwater and waterside purification since it established a master plan for the Taewha River in 2005.

As a result, the salmon, minnows, and sweetfish that had disappeared without a trace have now returned, and the river boasts a drastically improved marine environment that has encouraged mammals such as otters to build nests.

“The Taewha River Grand Park is a treasure of Ulsan cultivated and revived by local civic movements,” said an Ulsan official. “With corporations having made significant investment into ‘green’ facilities, Ulsan has now become an eco-friendly environment city, escaping the ignominy of its polluted past.”