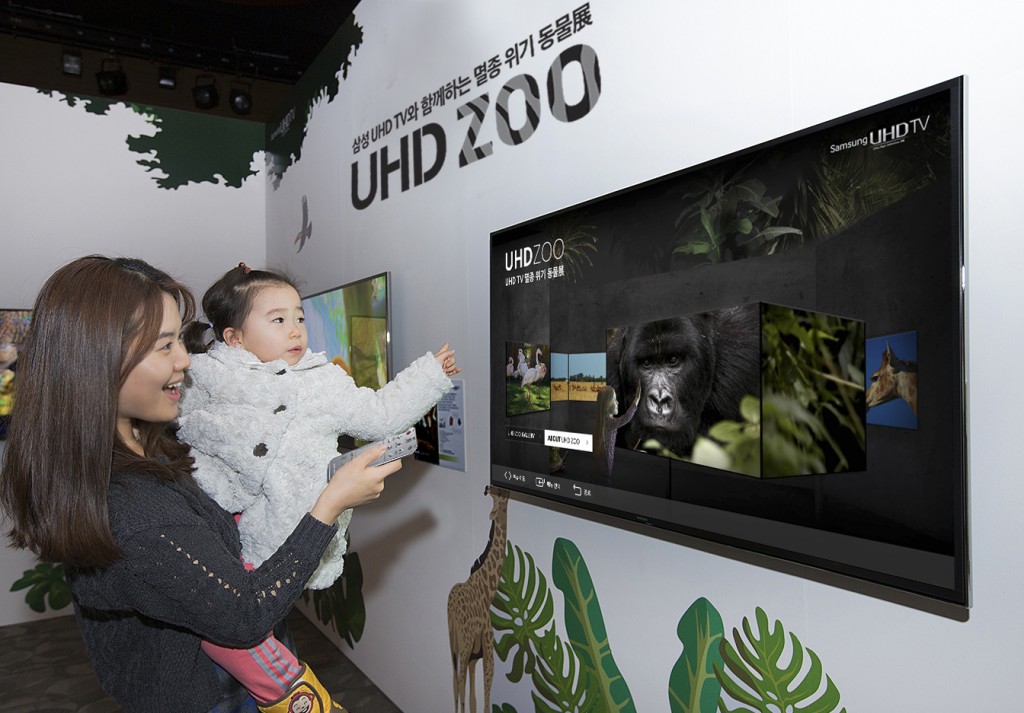 The app, compilation of photos and videos of the world’s endangered animals such as mountain gorillas, lemurs, fennec foxes, and white lions, provides images of the animals in full HD and UHD resolution.

A Samsung official said, “We have received so many inquiries about the UHD Zoo exhibition and if it can be displayed again elsewhere and finally decided to put it on a TV app.” The app is appropriate for children during the long winter vacation. Separately from the TV app, the company will hold the same exhibition at the Centum City location of Shinsegae Department Store Busan until February 2.

Samsung UHD TV put a lot of time and effort into this UHD Zoo exhibition. Samsung sent as many as 200 production staffs to Africa, after carefully planning for 117 days. A special video was filmed in Africa for 20 days, and five representatives of animal protection society to make sure the event went off without a hitch. A variety of videos of endangered species in Rwanda were shared through 47 Samsung UHD TVs at the event.