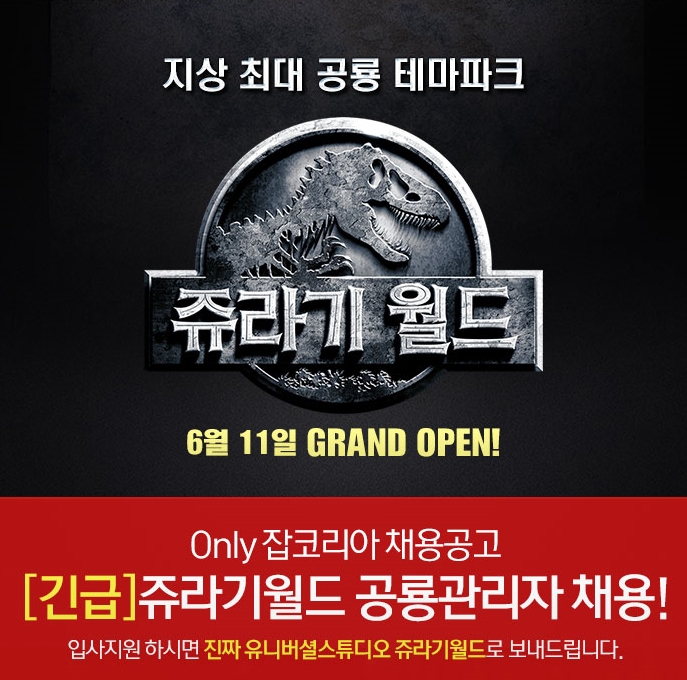 The ad was the brainchild of Jurassic World marketers and raised interest from curious job finders.

About 80 movies are set to open in June alone, and Korean film marketers are pumping out eye-catching promotional materials to draw audiences this summer.

Marketers for The Trip to Italy held a wine tasting on the day of the film’s premiere, and a lecture for the preview audience about traveling culture, given by a travel columnist.

The marketing for the film did not stop there, as a film talk event with unlimited Italian beer and free carbonated water bottles took place.

Iranian film A Girl Walks Home Alone at Night, opening on June 23, received attention due to a song composed and sung by Yoon Jong-Shin who was deeply inspired by the film.

The song was released last month and its music video featuring footage from the film was also viewed with enthusiasm.

Marketers for San Andreas and the Korean film Ganshin released internet lectures given by celebrity presenters about fun facts concerning each film.