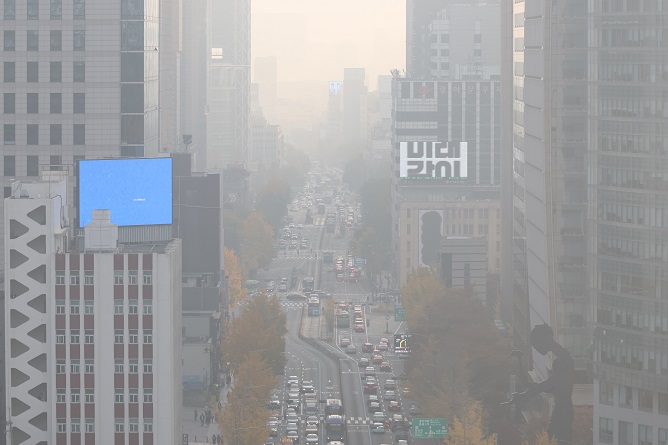 SEOUL, Nov. 25 (Korea Bizwire) — A study has confirmed for the first time that higher exposure to fine dust raises the risk of asymptomatic cerebral infarctions and other cerebrovascular diseases.

The research team estimated the yearly exposure to fine dust based on the average concentration level of fine dust in the regions where the participants lived and saw how the difference in the amount of fine dust exposure in a year relates to various cerebral diseases.

The average concentration level of fine dust throughout all regions was 49.1 micrograms-per-cubic meter (㎍/㎥).

The research team estimated that for every 10 ㎍/㎥ of fine dust, the area with changes in the cerebral white matter increased by 8 percent.

Also, under the same conditions, the risk of a symptomless cerebral infarction grew by 20 percent.

While these lesions are asymptomatic in an MRI, they may result in serious cerebral diseases like strokes or Alzheimer’s disease as the brain ages.

Other air pollutants like nitrogen dioxide, sulfur dioxide and carbon monoxide, however, had no vivid correlation with these types of lesions.