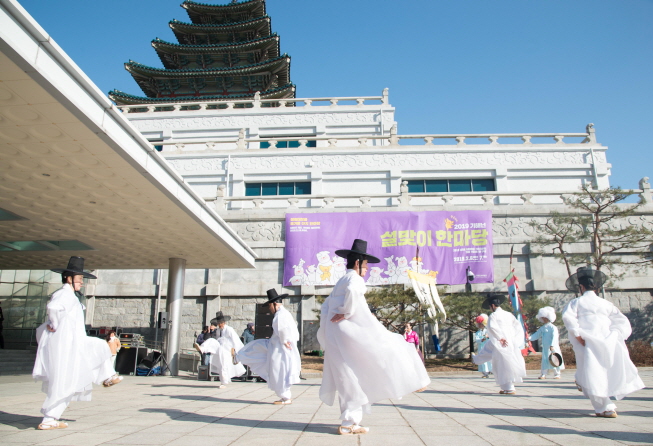 SEOUL, Jan. 24 (Korea Bizwire) — State-run museums and art museums nationwide will present a troupe performance and other cultural activities to the public around the traditional holiday starting this week, the culture ministry said Friday.

The Lunar New Year holiday, known as “Seol,” is one of the two major traditional Korean holidays and falls on Saturday this year, forming part of a four-day break that runs from Friday through Monday.

As a part of celebrating the holiday, the National Museum of Korea in Seoul is scheduled to stage a performance by the Uhee Ska troupe that gives audiences a pleasant combination of Jamaican ska music and traditional Korean rhythms.

The museum also plan to make its two special exhibitions — one on iron making and music in the ancient kingdom of Gaya and the other on Finland’s designs — admission free during the break. But it will be closed on Saturday.

Visitors to national museums in 13 cities — Gyeongju, Gwangju, Jeonju, Daegu, Buyeo, Gongju, Jinju, Cheongju, Gimhae, Jeju, Chuncheon, Naju and Iksan — are invited to participate in a variety of cultural events, including the making of foods for Seol, folk games and watching family movies.

Museums in the three cities of Gwangju, Jeonju and Gongju are set to distribute souvenirs as giveaways to any visitors attired in the traditional Korean dress “hanbok,” with the museum in the southern city of Jinju to present people piggy banks featuring the rat, an event to mark the Year of the Rat in the Chinese zodiac.

The National Folk Museum of Korea in Seoul will hold a festival to celebrate the holiday.

Visitors will be able to learn how to prepare for the traditional ritual to pay tribute to ancestors during the holiday, including the display of offerings, and enjoy traditional Korean folk games.

In jegichagi, the player tries to keep the “jegi” from hitting the ground, while, in a one-on-one game, the player with the greatest number of consecutive kicks wins.

The National Hangeul Museum, a museum to preserve cultural assets associated with the Korean alphabet called “hangeul,” is set to hold a joint concert in which traditional Korean musician Park Ji-ha and French artist Remi Klemensiewicz will perform.

Klemensiewicz is known for focusing on sound as a central material for his art experimentation.

The National Museum of Modern and Contemporary Art will offer free admission at its Seoul, Gwacheon, Deoksu Palace and Cheongju branches during the four-day holiday.