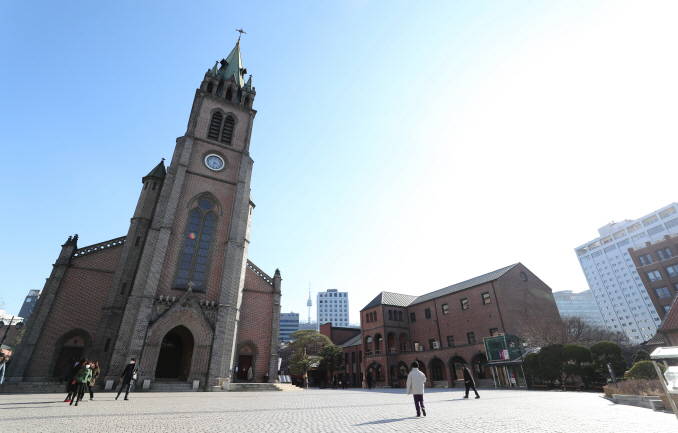 SEOUL, Feb. 25 (Korea Bizwire) — The Roman Catholic Archdiocese of Seoul, which has Myeongdong Cathedral under its jurisdiction, said Tuesday it will suspend all Masses and meetings of its followers as the infectious coronavirus has been spreading rapidly across South Korea.

“All churches of the Archdiocese of Seoul will stop holding Masses and all indoor and outdoor events for the next 14 days from Feb. 26 through March 10,” Archbishop of Seoul Cardinal Andrew Yeom Soo-jung said in a statement.

“We’ve made the decision for the sake of the safety and lives of our believers,” he added.

The Seoul Archdiocese is the biggest out of 16 Catholic dioceses in South Korea, accounting for 15.6 percent, or 1.52 million, out of the total 5.86 Catholics.

It has 232 churches and chapels under its jurisdiction, including Myeongdong Cathedral, which is the seat of the archbishop of Seoul.

With the latest decision by the Seoul Archdiocese, a total of 13 Catholic dioceses in the country have decided to suspend their services, according to the Catholic Church. 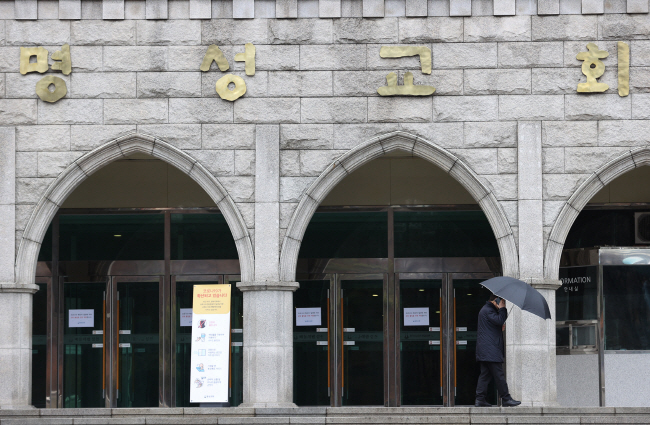 The move came as the number of coronavirus patients has been soaring in recent weeks throughout the nation.

In particular, 31 Catholic followers who recently made a group pilgrimage to Israel have tested positive for the novel coronavirus. Most of them are from the virus-hit southeastern region of North Gyeongsang Province.

Meanwhile, Myungsung Church, one of the biggest Presbyterian churches in the world with 80,000 followers, said two of its church members, including one pastor, have tested positive for the virus.

The two members and four other followers attended a funeral held at a hospital in the southeastern county of Cheongdo weeks ago.

The hospital is one of the two clusters of the latest massive infections as six deaths out of eight are from there.

The church, located in eastern Seoul, said the infected pastor participated in a service held on Feb. 16 with about 2,000 worshipers.

It said it has shut down all church facilities and suspended its Sunday services for the time being.