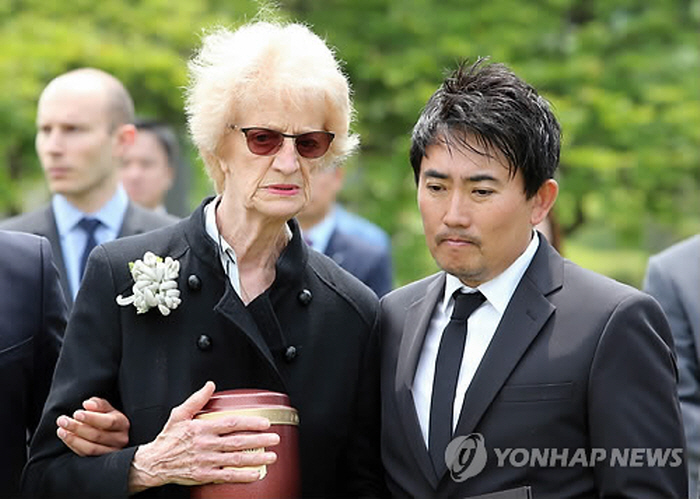 Singer Lee Seung-Chul had been a good friend to Mr. and Mrs. Bernard, as Lee welcomed Mr. Bernard’s first visit to Korea after the war. (image: Yonhap)

SEOUL, May 17 (Korea Bizwire) — Family members of Korean War veteran Leon Bernard arrived at Incheon Airport in Korea with his remains, to fulfill his wish to be buried in Korea, on May 14.

Leon Bernard is now buried at Busan UN Memorial Park on May 15.

The family members were welcomed by singer Lee Seung-Chul, who had been a good friend to Mr. and Mrs. Bernard, as Lee welcomed Mr. Bernard’s first visit to Korea after the war.

As Lee’s father was also a Korean War veteran, Bernard and Lee have built their friendship through several visits to each others’ nations. Lee gave a reading at the burial in memory of Lemon Bernard.

Lee Seung-Chul said that Bernard had always kept a Korean flag at his home, remembering the nation that he helped to protect as his second home.

Lee also said that he is honored, as a Korean national, to have Leon Bernard buried on Korean soil.

One of Bernard’s two sons said that he is very sad but touched at the same time. He said the family’s decision to carry Bernard’s remains to Korea was not an easy one.

Lee said that Bernard also kept a large pile of photographs of Koreans during the war, and he asked his family members to share memories in photographs with Koreans in an exhibition. 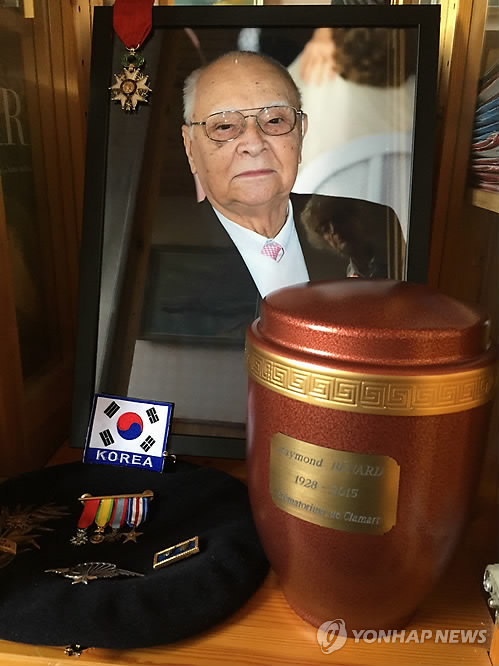