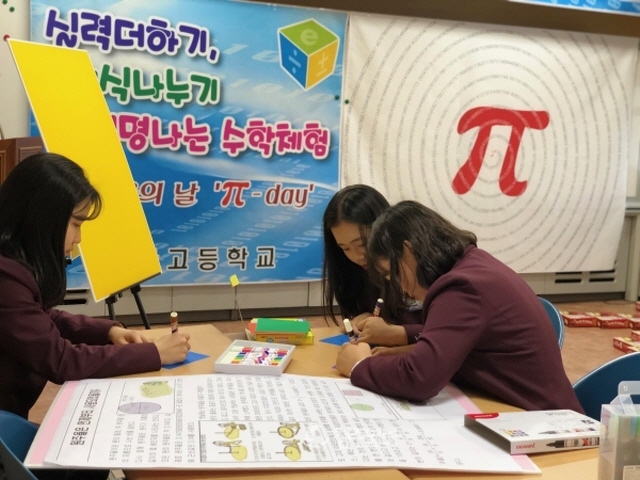 CHEONGJU, Mar. 15 (Korea Bizwire) — March 14 is commonly known as White Day for many, an occasion where loved ones share chocolates with one another.

But for some, the day is also known as Pi Day.

Pi Day commemorates Pierre Jartoux, a Jesuit missionary who rediscovered the mathematical constant that is a ratio of a circle’s circumference to its diameter.

A math club in the United States first began celebrating Pi Day on March 14, and the U.S. House of Representatives made it official in 2009.

Chungbuk High School, in commemoration of Pi, made acrostic poems on Pi during lunchtime.

The school’s mathematics club held an event looking for meaningful numbers in the mathematical constant that could be one’s birthday or the year of a historical incident.

Cheongju’s Sannam High School held a competition to see who could memorize the most digits of Pi, create the π shape using 314 dominoes, and throw go stones exactly 3.14 meters.

“We plan to hold a variety of events at schools to help students remember the day not as White Day, but as Pi Day,” said the North Chungcheong Office of Education. 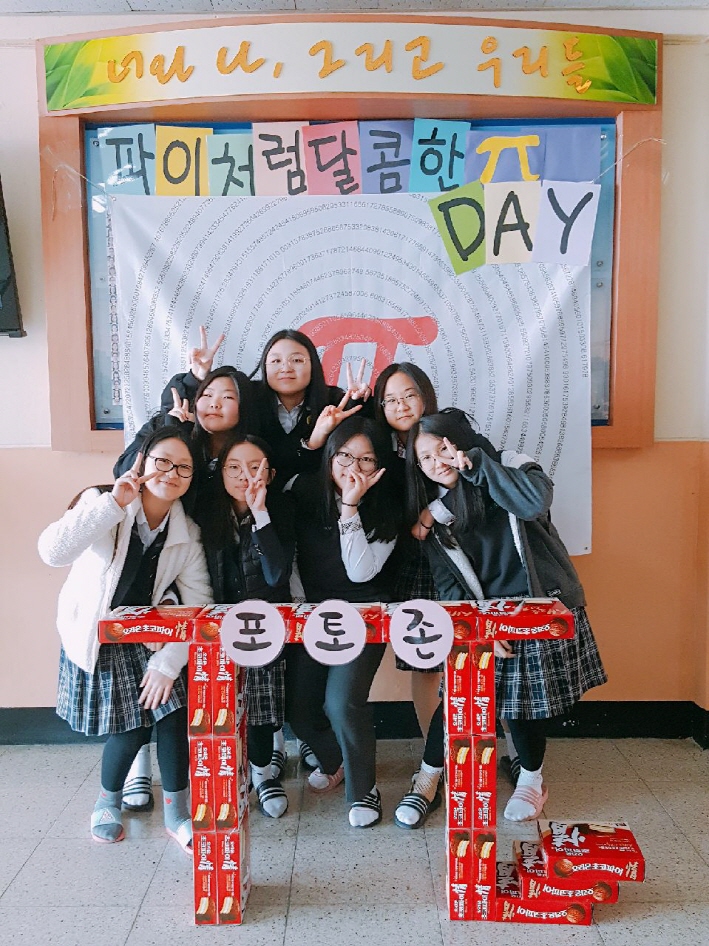