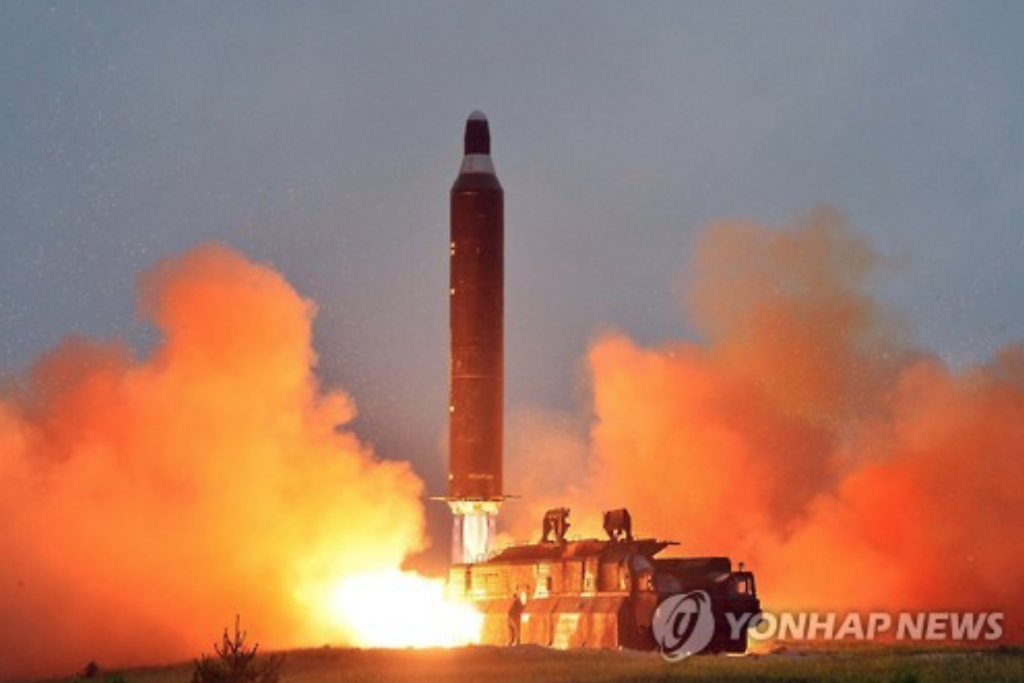 The Korean Central News Agency said the Pukguksong-2 strategic weapon system was successfully test-fired Sunday. It added that the missile launched from a mobile launcher used solid propellants and a new high-thrust engine developed in the country. The missiles also proved it can engage in evasive maneuvers during flight, the North said.

North Korean leader Kim Jong-un was present for the launch and stressed that with the Pukguksong-2, Pyongyang now has another means to deliver nuclear weapons. The country has tested a total of five nuclear devices since 2006, with two being detonated last year.

The news agency said Kim ordered the development of a surface-to-surface ballistic missile with extended firing range on the basis of the success made in the submarine-launched ballistic missile test in August last year.

On Sunday, South Korea said it detected a modified Musudan type intermediate-range ballistic missile (IRBM) being fired from Banghyon air base in the western province of North Pyongan Province at 7:55 a.m. South Korea’s military said the missile was fired at a high angle and reached a height of 550 kilometers and then flew about 500 km before splashing into the East Sea.