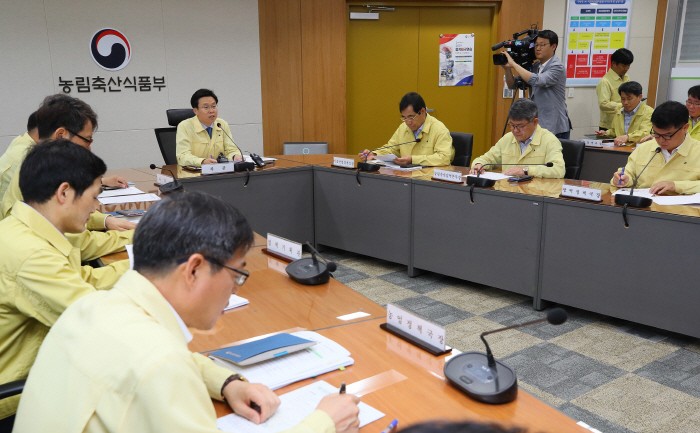 SEOUL, May 31 (Korea Bizwire) — North Korea has confirmed an outbreak of African swine fever, possibly adding to the country’s already dire food situation and prompting South Korea to guard against the possible spread of the animal disease in areas bordering the North.

North Korea reported the outbreak of the swine fever at a farm in its northern Jagang Province, which borders China, to the World Organization for Animal Health (OIE) on Thursday.

While the farm is located far from the border, South Korea’s agriculture ministry on Friday said it will go all-out on quarantine efforts as the disease is “highly likely” to hit the South.

Of the farm’s 99 pigs, 77 of them died from the fever, and the rest were culled by the North Korean authority, according to Seoul’s agriculture ministry.

Although African swine fever is not harmful to people, it is fatal and highly infectious for pigs, with no cure currently available. Since its outbreak in China in August, the disease has spread to neighboring countries, like Mongolia and Vietnam.

South Korea remains wary about the possible spread of the disease from North Korea through wild pigs that may cross the border.

“We have been already working closely with related organizations to cope with a possible outbreak of the swine fever in North Korea and enhanced quarantine efforts in the border areas,” the agriculture ministry said.

Around South Korean 350 farms located near the border have been under close observation, according to the ministry. Following the outbreak in the North, the ministry plans to conduct blood tests on pigs at the farms, with the results expected to come by June 7.

Fences are being installed at the farms to prevent potential contact between domestic and wild pigs as well.

Quarantine measures will be also carried out at major roads in 10 cities and towns near the border, according to the ministry.

South Korea’s unification ministry said it will seek ways to cooperate to stem the spread of African swine fever.

The Rodong Sinmun, the North’s official newspaper, on Friday reported that China is suffering from African swine fever, which is “highly epidemic and very dangerous.” It did not, however, mention the outbreak in the country.